Samsung Galaxy A52 is Now Getting April 2021 Security Update 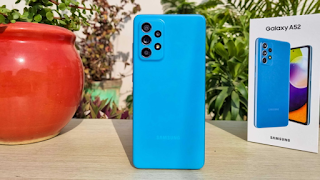 These days, Samsung is showing another face in terms of software support. The company already has many of its older Galaxy smartphones running Android 11 and more will receive. The company is also rolling out constant security patches to keep certain devices updated and secure.
According to the latest information, the company has commenced releasing the second firmware update to the Galaxy A52 users, which increases the system security by installing the April 2021 security patch. However, the new security update is currently picking up by 4G variants and it will soon reach the 5G version too.
This version carries the SM-A525F model number and is available across several markets in the European continent. The Samsung Galaxy A52 owners can identify the update by firmware version A525FXXU1AUC5. The update patch is reaching the following countries:
AustriaCroatiaCzech RepublicFranceItalyPortugalPolandRomaniaSerbiaSlovakia

So far, the new security patch has already reached the Galaxy S21, Note 10, Z Fold 2, and even the Galaxy A51 alongside the One UI 3.1 update. Samsung is yet to detail the latest security patch. For that reason, we're not aware of what vulnerabilities are being addressed in this update. However, since it is meant to improve security, we can't help but say welcome to this update.

As I said earlier, the update is reaching only the 4G variant of the Galaxy A52. However, we expect the 5G variant to get the same treatment pretty soon. Coming back, those who own a 4G unit, need to take in mind that this update is rolling out gradually. So it can take a few days to reach all eligible units.

How to Check for Updates:

Check for the latest update manually by heading to your device's Settings, then click on Software updates, and finally hit on Download and install.