About 11% of all bank transfers using an Atm & mobile phone end up as a mistaken transfer to another user's bank account. This means over 10 Million Dollars ($10,000,000) is sent by mistake to a wrong bank account by accident a day. This is one problem that millions of people face worldwide.

This mistake can leave you in a lifetime of debt if not rectified. Making a wrong bank transfer can be very troubling, but there's hope you can get your money back. We've provided a guide to easily recovered money sent to the wrong account number. 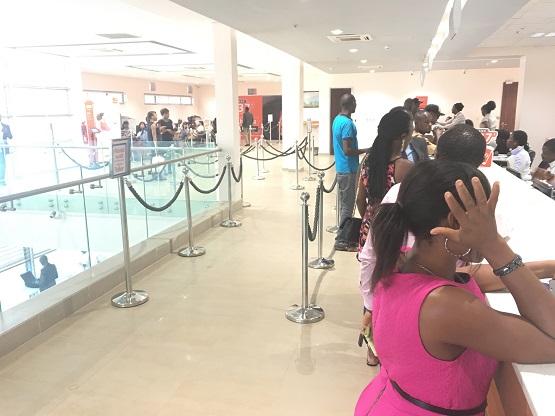 This tip was shared by @Okwumbu_RuthAnn for Nairametrics

The first thing you must do is reach your bank. How fast you do this largely determines the success of the rest of the process. If you can reach the recipient's bank immediately, this might also work in your favor.

Banks now have official e-mail addresses, WhatsApp lines, and Phone lines you can immediately call to have issues addressed. Since time is of the essence here, you might need to resort to calling them or getting to a physical branch (if you can).

Gather All The Details

You have to be as explicit as possible in stating the reason for recalling the funds. If you mistakenly transferred into a wrong account, you made a transfer under duress, or you have been defrauded, state it clearly.

As soon as this is done, your bank immediately gets the recipient's bank to place a hold on the amount cited in the transaction. What this implies is that if the recipient has N30,000 in his account, and the amount under dispute is N10,000, the bank places a hold on N10,000 but allows him to withdraw other funds.

You need to move as quickly as possible because the recipient could go on a spending spree upon receiving the alert of an unexpected "windfall." However, if the money is already withdrawn, and the account is longer funded to the amount under contention, a hold will be placed on whatever amount is left, pending the resolution.

Whether the account is funded or not, the recipient gets invited to the bank to resolve the issue. Here, two things could happen.

The account holder could show up and authorize a reversal of the wrongful credit, as an upstanding citizen. On the other hand, they could choose to abandon the account.

The bank won't just reverse the money because you claim someone defrauded you or you mistakenly sent money to a wrong account, but the recipient in the quote will have to verify your claim that the funds don't belong to them.

Like most banks state, consent from the recipient has to be given to reverse the amount in dispute, unless it is an outright fraud case.

If the recipient insists that it's a valid transfer and refuses to give consent, the bank could maintain the hold on their account, making it impossible to spend the money. The problem, however, is that your money remains stuck in the account till the day they walk into the bank to authorize the reversal.

In some cases, the bank may advise you to take the case to court and secure an injunction to get back the money or compel the recipient to show up.

If it is a case of fraud, you might need to involve relevant law enforcement agencies. Also, the account is then added to the watchlist for subsequent transactions, or completely closed, depending on the gravity of the allegation.

For the most part, mistakes like this will be due to human error and so the best way to avoid them in the future is simply to take extra care when you are entering the details for any payments you plan to make.

Double-check, even triple check, all of the details you enter to make absolutely sure they are correct.

One thing you could do if you are planning to send a large amount over is to send a few amounts beforehand and check that it reaches the intended recipient before you send over the full amount.