Are You Using Google Chrome Browser? You Could be Eligible to Get $5,000 Check

Have you ever used Google Chrome’s built-in Incognito Mode to secretly browse on the internet away from prying eyes? If so, you could soon be entitled to a £4,000 ($5,000) windfall from Google. 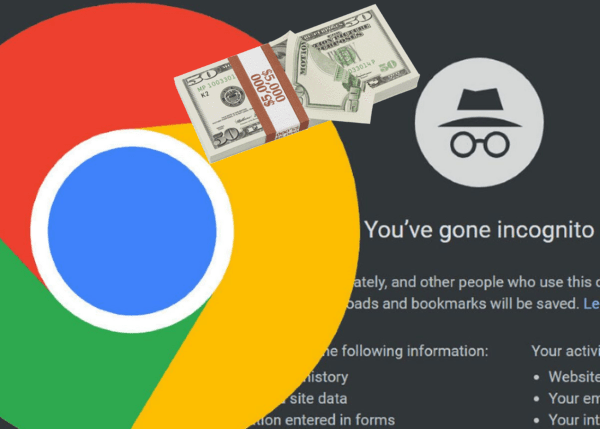 Why? Well, it’s all thanks to a $5 billion (£4 billion) class-action lawsuit, which has been filed by lawyers who have accused Google of illegally gathering information during users’ private Incognito Mode browsing sessions. It means while you are surfing secretly using that mode, they are watching and gathering information about what you do.

Since this is a class-action lawsuit, anyone who meets the criteria could be eligible to share in the $5 billion payout – provided the lawyers are successful, of course.

The complaint, which has been filed to the US District Court for the Northern District of California by a partner at the Boies Schiller Flexner law firm, states that it has taken action because of “Google’s unlawful and intentional interception and collection” of confidential communications without users’ consent.

This took place, the complaint continues, “even when those individuals expressly follow Google’s recommendations to prevent the tracking or collection of their personal information and communications.” Whenever you launch a new Incognito window in Google Chrome, the software displays a message that this mode is designed to allow you to “browse privately”. It says other people who use the device will not be able to access your browsing history.

Google is very clear that downloads and bookmarks in Incognito Mode will still be saved – exactly like when browsing in a non-private mode. The search giant states browsing history, cookies, site data, and data inputted into forms will not.

The class-action lawsuit argues that Google does “track and collect consumer browsing history,” as well as other online activity regardless of whether or not someone is using the Incognito Mode built into Chrome, or not.

Although Google makes it clear that websites will still be able to record your visit and activity – as well as employers, schools, and the broadband companies, the complaint claims that Google “accomplishes its surreptitious tracking,” using methods such as Google Analytics, the Google Ad Manager and the Google Sign-In button for websites.

The proposed class-action lawsuit is seeking damages of at least $5,000 (Approx. 1,940,000 Nigerian Naira) for each user who has browsed the internet in incognito mode since June 1, 2016. With this likely to be well over a million users, and if you are one of them, then if successful the class action could pocket you $5,000 for your trouble and cost Google north of $5 billion (£4 billion) in damages. It is, however, very early days when it comes to such legal cases, so don’t get your payday hopes up just yet.