Posted by Ehijoshua (Jboss) on May 18, 2020
Twitter mobile apps previously allowed users to embed Tweets within Tweets, a feature that has now been made available for the desktop version as well. And it couldn't be any easier!

Ever felt the need to quote a tweet without having to retweet it or copy-pasting its entire content? You can save quite a bit of character space simply by embedding other tweets within your own. Tweetception, if you will. Twitter mobile apps previously allowed users to embed Tweets within Tweets, a feature that has now been made available for the desktop version as well. And it couldn't be any easier!


Twitter now seems to have gained some lost ground.

I can think of many reasons why such a feature would be useful. Embedded Tweets actually look a bit like quotations with indentation, while still retaining the integrity of the tweet format. Embedding tweets also is a better approach if your objective is to share without for the sake of itself (since an embed can't be tracked like a retweet).


Retweets also leave you with a limited character space to add your own views. Often, the original tweet has already filled up the 160 character limit, leaving behind nothing. An embed, however, should give you plenty of room to add your own opinion.


How to get a link to a tweet? This unfortunately requires some extra clicks. Click on the username of the tweet's author, and go to their profile. Find the tweet you're looking for, and click on it. If you arrive on a page that has nothing but a single Tweet on it, you can go ahead and copy the URL of that page - this is the public URL for that Tweet. You can also arrive at this page by clicking on the timestamp on a Tweet. Here's what such a page would look like. 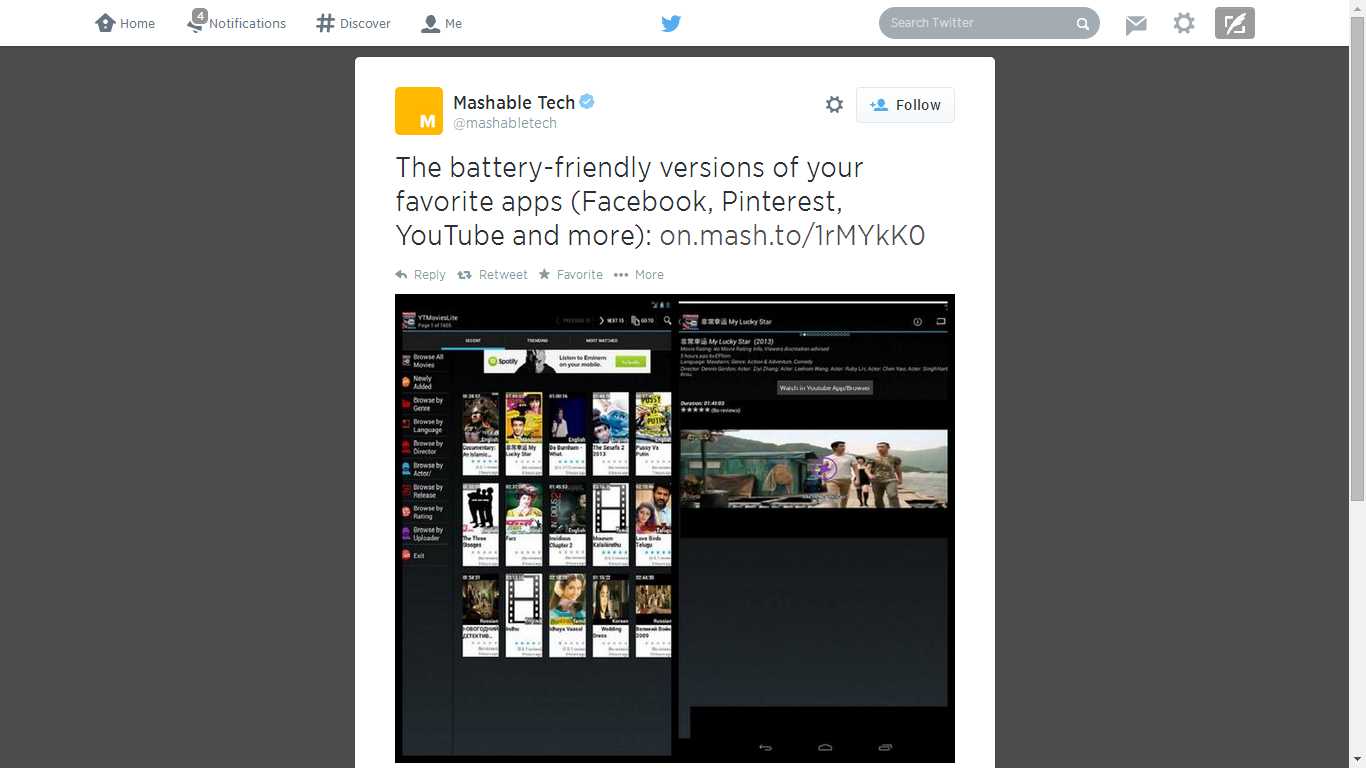 The links aren't immediately clickable, so if someone’s embedded tweet looks interesting you have to click on it to expand it. Twitter’s desktop app, TweetDeck, doesn’t appear to be supporting this feature yet. As of now it’s only available on the iOS and Android apps, and Twitter.com.


Another nice part about this feature is that when you embed someone’s tweet, that person receives a notification. It’s also fun to note that if you embed a tweet with an embedded tweet into another new tweet, they all link together in a chain of tweets.


Have you tried out this feature? Let us know what you think in the comments section below!
how to TIPS