Before the Coronavirus pandemic became real in 2019, some movie producers already made scary movies about it.

Posted by Ehijoshua (Jboss) on April 30, 2020
Before the Coronavirus pandemic became real in 2019, some movie producers already made scary movies about it. At the time, most viewers never connected to the storyline they enjoyed, but we are living that reality right now. For the best pandemic movies ever, see our list of 5 Best Pandemic Movies Ever:

This is the pandemic film that a lot of people have been watching nowadays. With Steven Soderbergh as its director, the story revolves around the horrible death of Gwyneth Paltrow, which instantly tells audiences and casts that whatever is responsible is not playing around. It was so intense that a big name actor even got killed off for it.

This movie was based on the real-life backdrop of the 2018 Nipah virus outbreak in Kerala. Its plot was focused on physicians, epidemiologists, the minister for health, and a district collector uniting to contain the spread of a deadly virus.
The movie simply exposes the huge effort of the medical sector in trying times like the one we are battling with now.

Here, a California village is quarantined and put under lockdown after a deadly outbreak. It all started from an Ebola-like virus moving from monkey to persons before mutating and becoming airborne. This movie is not that scientific, but if you fancy dark movies that will completely scare you, you’d love it. 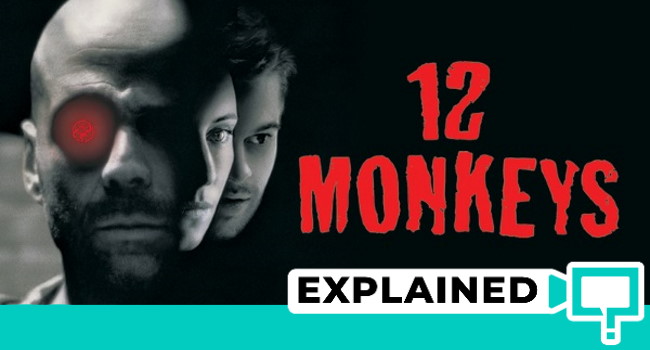 If you want to watch a pandemic experience with a time-travel storyline, this is the film for you.
Bruce Willis and Brad Pitt were the actors in this amazing sci-fi thriller which shows a prisoner (Bruce) living in 2035 post-apocalyptic Philadelphia, trained and sent back in time to 1996 to improve his knowledge about a virus so that scientists in the future can deliver a cure for it.

Even if the major concentration of the 3rd season is politics, with Kiefer Sutherland’s US President vying to be re-elected, a subplot focused on bioterrorism, which shows viewers a viral outbreak that was strictly aimed at people of color. The history of racism in the USA is highlighted here.

A pandemic is an epidemic of disease that has spread across a large region, for instance, multiple continents or worldwide, affecting a substantial number of people. A widespread endemic disease with a stable number of infected people is not a pandemic.
Widespread endemic diseases with a stable number of infected people such as recurrences of seasonal influenza are generally excluded as they occur simultaneously in large regions of the globe rather than being spread worldwide.
Throughout history, there have been a number of pandemics of diseases such as smallpox and tuberculosis. The most fatal pandemic recorded in human history was the Black Death (also known as The Plague), which killed an estimated 75–200 million people in the 14th century.
ther notable pandemics include the 1918 influenza pandemic (Spanish flu) and the 2009 influenza pandemic (H1N1). Current pandemics include the 2019-20 Coronavirus Pandemic.
A pandemic is an epidemic occurring on a scale that crosses international boundaries, usually affecting people on a worldwide scale.
A disease or condition is not a pandemic merely because it is widespread or kills many people; it must also be infectious. For instance, cancer is responsible for many deaths but is not considered a pandemic because the disease is neither infectious nor contagious.
There you have it – a comprehensive list of best pandemic movies ever. If you have any personal favorite or other recommendations, feel free to drop them in the comment section below.
movie