The Motorola One Hyper is now available for purchase, exclusively on Motorola.com as a GSM unlocked device

Posted by Ehijoshua (Jboss) on January 01, 2020
these days new smartphones  day by day. In previous times, I mean 3-4 years ago, there were feature smartphones. That time button phones were above all. And after some time, mobile phones with touch screens were added. The capacitive touch screen and so on… Now, smartphones with motorized pop-up selfies cameras are what is in vogue.

The first smartphone with a pop-up camera was the  Nex, which launched in 2018. Since then, many other pop-up phones have hit the market. The best phones with motorized pop-up cameras are  7T Pro, Xiaomi Mi 9T/Mi 9T Pro, Oppo Reno 10x Zoom and Reno 2, Asus Zenfone 6, Samsung Galaxy A80, Realme X, Honor 9X, Vivo  3.

It's clear that 2019 was a big year for smartphones, and it doesn't look like the pace is going to slow down much in 2020 either, you can expect the usual overabundance of smartphones from the likes of Apple, Samsung, Google, Huawei, Infinix and the rest.

While we are still waiting for the first Infinix pop-up selfie camera smartphone to be launched in Q1 of 2020, Motorola One Hyper has been launched. 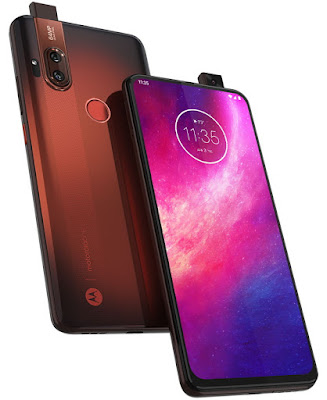 Motorola One Hyper is using a pop-up selfie camera to give the front of the device a complete screen-filled look with no notches (although there is still a bit of a bezel chin on the bottom). The net result is a 6.5-inch, 2340 x 1080 display that has a 90 percent screen-to-body ratio, which, if nothing else, looks great in the renders that Motorola has released. 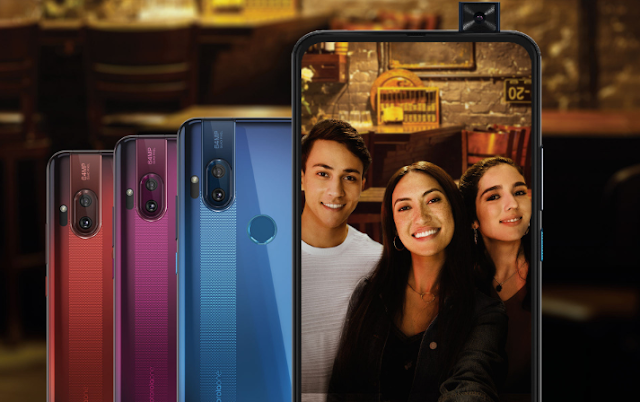 It is a Water Resistant device, whether you're going for a run or taking a call in the rain, a water-repellent design keeps your phone protected inside and out.

There’s also the headlining spec that gives the phone its name: 45W USB-C “hyper ” that’s among the fastest supported charging speeds we’ve seen yet on a smartphone.

Motorola One Hyper runs on Android v10 (Q) OS. The Smartphone has a built-in fingerprint sensor as the primary security feature, along with the host of connectivity options in terms of 3G, 4G, GPS, Wifi Bluetooth capabilities. The phone is available with 128 GB of internal storage.

The Smartphone is powered by 2 GHz Octa-core Qualcomm Snapdragon 675 Processor. A 4GB of RAM ensures phone runs smoothly even the most memory intensive applications & still shows no signs of lag. 128 GB of internal storage cannot be expanded further.

Motorola One Hyper boasts of the dual primary camera of the 64 + 8 megapixel and 32 megapixels front Camera.

Compared to the OnePlus 7 Pro’s $699 price tag, the One Hyper doesn’t look like a bad phone for the $399 price. But Motorola is launching the One Hyper in the middle of the holiday sale season when the high-end 7 Pro is on sale for $549 (just $150 more than the One Hyper) — to say nothing of the various sales on other great Android phones like the Galaxy S10 — so the $399 One Hyper is a tougher sell.

The Motorola One Hyper is now available for purchase, exclusively on Motorola.com as a GSM unlocked device