Showing posts from January, 2020
Show All

Why North Cyprus Universities are A Perfect Fit For Nigerians If you haven’t actually taken the time to search for North Cyprus universities in Europe, then you may be surprised to hear this.  You can study abroad with 50% – 100% scholarships in universities in Cyprus. Studying in abroad should be a must for every student in the world to experience. Being an international student means you get to enjoy the conducive environments as well as experiencing other lovely cultures all around the world. Many Nigerians are simply not able to enroll in schools outside their home country due to lack of adequate finance. As a result, many strive to find scholarship opportunities that come hand in hand with quality education. If you are a Nigerian who wishes to experience quality European education at relatively cheaper prices, Universities in Cyprus are your perfect bet. EMU and CIU of North Cyprus Universities seek to provide these for prospective international students like you. You
Post a Comment
grid

So You Want to Become a Freelancer?

By Ehijoshua (Jboss) - January 29, 2020
A freelancer is a self-employed professional who earns a living by working on different projects for different employers without a long-term commitment to any. Usually a freelancer will be paid per project or per task. If you’re considering a freelance career, here are a few things to note. Freelancing is a business and you should treat it as such.  If you treat it like a hobby, it will pay you like a hobby.I remember some people wondering why I needed a nanny for my baby back when I started freelancing, “After all you work from home and you work for yourself.” This is a common misconception. It’s not just about working when you feel like, or taking on random projects from time to time. It requires the same seriousness and consistency as any other business, if you’re serious about making a living doing it. Know what you’re worth.  When you’re just starting out you may not be able to afford the luxury of insisting on your rates or being picky, but this doesn’t mean you shouldn’t kn
Post a Comment
grid 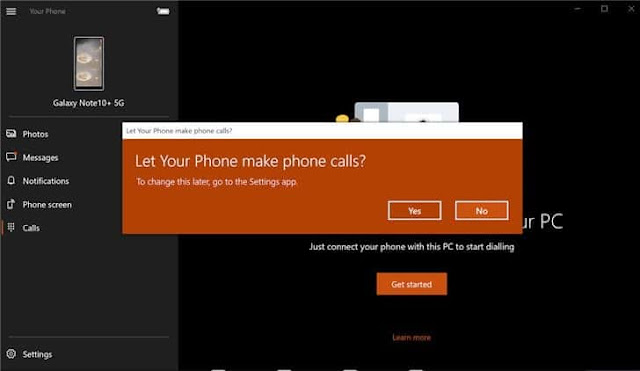 The function of making and receiving calls from your PC was launched in December 2019 by Microsoft. This is really attainable through the installation of the " Your Phone " application. At the time, this feature was limited to Windows Insiders users only, but now, Microsoft has officially launched this feature for all Windows 10 users. The Microsoft Your Phone app is available for all iOS and Android phones. However, the app's performance is more prominent in high-end Android phones (such as the Samsung Galaxy Note 10). In addition, the phone gallery function in the app has also been optimized. Users can now use the touch screen on the PC to interact with the phone. At the same time, it also supports dual SIM cards, new message notifications, battery status, wallpaper PC visibility, stylus Support, and copy and paste features across devices. This feature saves users the stress of multitasking across devices and you can attend to your phone and PC from your PC. The idea of
Post a Comment
grid 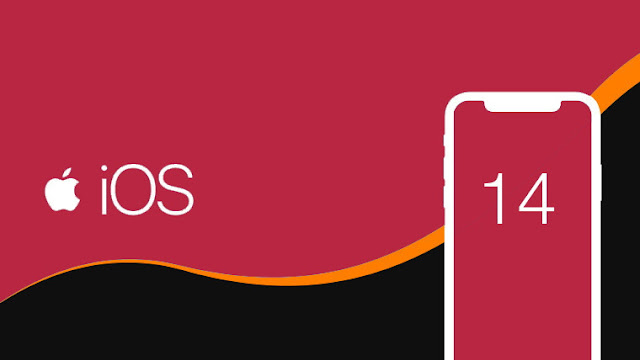 Apple Technology company is likely to declare iOS 14 in the second quarter of this 2020, during the annual Worldwide Developers Conference. It is important to know if you should expect it on your apple device or not depending on the generation of iPad or iPhones you are using. As we all know, older iPhones often remain off the list of compatible devices with the latest version of the Cupertino operating system. According to reports from iPhone soft, iOS 14 may likely support all the devices that already compatible with iOS 13. Devices that were released in 2015 will receive the next iOS update. Here's the full list of the iPhones that will get iOS 14: iPhone 12 (5G) iPhone 12 Pro (5G) iPhone 9 / iPhone SE 2 iPhone 11 iPhone 11 Pro iPhone 11 Pro Max iPhone XS Max iPhone XS iPhone XR iPhone X iPhone 8 Plus iPhone 8 iPhone 7 Plus iPhone 7 iPhone 6S iPhone 6SPlus iPhone SE And for iPadOS 14, here are the iPads that will be receiving it iPad Pro 2020 (5G) 12.9″ iPad Pro 2015, 2016 and 2
Post a Comment
grid

international phone calls are more affordable and simpler to make than ever. In the past, it was quite costly to call someone abroad. and you mostly had to battle with a shaky connection. However, mobile applications and data plans have changed all that, plus you can even make calls overseas for free. In this article, we explore a list of the best apps for free international calls. All these applications offer free international phone calls at a minimum of one, if not several nations. These applications also come with chat features that will help you stay in touch with fast messages in between phone calls. You can share pictures and clips as well. 1. WhatsApp This is a messaging and voice call application for Android and iOS that makes use of data, not your cellular plan. Users are allowed to make voice and video calls to people across the globe for free, even if you will have to monitor your data usage every month. It aids group calls as well. WhatsApp has web and desktop versions of
Post a Comment
grid
More posts