Google to Discontinue Android's Nearby Notifications Feature Due to Spam Information

Google's Nearby API has been available since 2015, which was meant for Android users to discover apps and content based on what is nearby.

Google Nearby Notifications for Android devices was supposed to be helpful for users visiting new places, but it became riddled with spam, which led to a "poor user experience", according to Google. The company has now announced that on December 6 this year, it will shut down the Nearby Notifications service. 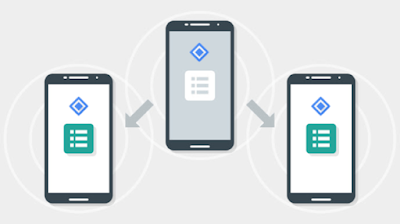 In its blog post announcing the shutdown, Google says that it tried to fix up Nearby Notifications with tweaks and filtering. Although it made valiant efforts, Google admitted the following:

[Google has] a very high bar for the quality of content that we deliver to users, especially content that is delivered through notifications. Ultimately, we have determined these notifications did not meet that bar.

For Android users, all this means is you will no longer get notifications about the mall you're shopping in, the museum you're walking by, the free Wi-Fi in the coffee shop across the street or list transit schedules at bus stops.

For developers, this news involves the shut down of some APIs.
On December 6th Google will stop delivering both Eddystone and Physical Web beacon notifications. You will still continue to have access to the beacon dashboard and can deliver proximity based experiences similar to Nearby Notifications via your own apps using our Proximity Beacons API.