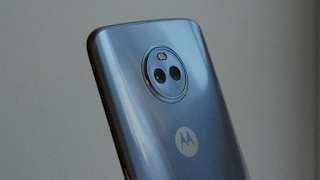 Smartphone firms launching multiple variants of particular models seems to be increasingly commonplace, but Motorola's Moto brand has been at it for a few years already. Parent firm Lenovo plans to reboot the Moto G brand once again in 2018, making it the 6th generation of the series, and this time there will, according to rumours and leaks, be three distinct models; the Moto G6, Moto G6 Plus and the Moto G6 Play.

In terms of when to expect them...well, we don't know exactly. The Moto G5 series launched at MWC 2017, but as we're already past MWC 2018 with no show from Lenovo that throws things up in the air somewhat. Some sources say the Moto G6 series could launch any day now.

Adding fuel to the fire, all three handsets have now received their official network certifications in Thailand and Indonesia - such certifications only tend to start popping up when a launch is on the horizon. Although the trio is yet to appear in more prominent certifications such as the US FCC, we know that the Moto G6 series will be launched across a variety of regions and not just the two mentioned Asian markets.

Publication DroidLife claims that all models in the Moto G6 series will feature the Moto X4 style curved glass back and "hockey puck" camera module design. It also says the Moto G6 will launch in black, silver and rose colour options.

The front-facing camera is a 16MP setup, while the rear will be a dual-sensor affair with both a 12MP sensor and 5MP sensor working in tandem.

The Moto G6 Plus will be the highest spec model of the series. While Moto "Plus" devices in the past haven't tended to feature larger screens - just higher specs - the Moto G6 Plus will have a slightly bigger panel at 5.93in and it'll again be FHD+ resolution. The battery will be slightly beefier at 3,200mAh, as will the processor; a 2.2GHz Qualcomm Snapdragon 630

In the past, Moto G Plus phones tend to have better camera hardware also, but so far there are no leaked specs on this front. We also don't know about RAM or storage.

Android Headlines has some leaked images of the Moto G6 Plus, and also reports it'll come in five colour options; gold, silver, white, blue and cyan.

DroidLife, however, has some contradictory information, saying the Moto G6 Plus will come in black, silver and dark teal.

Traditionally the Moto G series has been an affordable brand, but within the overall Moto branding the "Play" moniker also signals an affordable variant, meaning that a Moto G Play handset is usually the most affordable Moto model around. Last year's Moto G5 series skipped over the "Play" model, but it's reportedly making a return in 2018 for the Moto G6 range.

Information is somewhat sparse so far, but we do have a leaked image posted by TrendyTechz, as well as some specs.

As you can see from the image, for a budget model, it's looking somewhat premium, as it is using design cues from the Moto X4 flagship, including a curved glass back panel. Another feature from the Moto X4 is the large circular "hockey puck" style camera array.

Leaked specs suggest a 5.7in display with an 18:9 wide-screen aspect ratio, just like many flagships. It's thought to have a 720p HD resolution.

The cameras are also impressively specced for a budget device, with 16MP on BOTH front and rear, while inside is a 4,000mAh battery cell and a 1.4GHz Qualcomm Snapdragon 430 processor.

On the RAM side of things, both 3GB and 4GB have been mentioned; based on past Moto handsets it's plausible that we could see both, with the RAM differing between storage models. So far storage hasn't been mentioned.