I’ve been using Google Assistant for over a year now, and these are the 20 most useful “OK Google” commands I’ve discovered

I've been using Google Assistant for over a year now, and these are the 20 most useful "OK Google" commands I've discovered 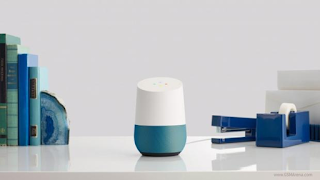 Google Assistant is one of the best digital assistants around. It lives inside millions of devices, including phones, tablets and devices like Google Home, and it is getting smarter all the time, as Google adds more features and abilities.

Most of you will be familiar with Google Assistant inside Google Home, as that was the device to be built solely around Google Assistant. Designed to do battle with Amazon's Echo and Dot, Google Home is an affordable smart speaker that brings a lot of functionality to your home.

But Google Assistant is also present on most Android phones as well, so you don't necessarily need a Google Home device to access it and use it run your day-to-day.

The big idea behind Google Assistant is pretty simple: to remove the need, eventually, for users to have to touch anything. One day everything will be done by voice – just like in the film, Her.

This is likely a ways off yet, but don't be surprised if it happens sooner than you expect – just think how fast phones developed between 2010 and 2018.

Google Assistant is essentially Google's first, consumer-facing stab at an actual AI (artificial intelligence). But you can bet your ass The Big G is working on far more advanced AIs in its skunkworks.

So while it might feel a little slow, lumpy, and unintuitive right now, you can expect to see some massive changes in the coming months and years. Chances that will affect everything from your phone to how you do things around your home.

I use both Google Home and the Google Pixel 2, so I'm pretty well versed with what Google Assistant can and can't do. I also know that while it isn't perfect, it is definitely one of the better options around right now – especially when compared to Apple's Siri.

If you haven't really tapped into the potential of Google Assistant, here are some useful commands for Google Assistant to get you started. These commands are just the tip of the iceberg when it comes to what Google Assistant can actually do, but they're the ones I find most useful in my day-to-day.

The 20 Most Useful "OK, Google" Commands (In No Particular Order)