L’Oreal UV Sense Wearable DOES NOT Need A Battery 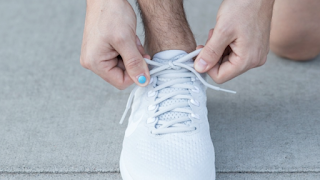 Launched at CES 2018, the L'Oreal UV Sense is the world's first wearable device that does not require a battery. The teeny device, which is small enough to rest on a finger nail, is designed to help its wearer better understand when they've had too much sun.

The L'Oreal UV Sense will connect to Android and iPhone handsets, features NFC, and will monitor the sun's rays and then report back to wearer about the severity of UV exposure throughout the day.

The device is super-small as well; so small that you wear it on your fingernail. Once installed, it will run, without any charge, indefinitely for two weeks. The device itself measures just 2mm thick and 9mm wide. It does run out of life eventually, however, so when it is available you're best off buying a bunch of them.

There will be a limited release in the US in the run-up to summer 2018, however, there will be a wider global release during 2019. There is no word on price just yet, though we can't see it retailing for any more than $20 – I mean, it dies after 14 days, so it'll need to be pretty cheap.

The company launched a UV exposure monitor called My UV Patch last year. L'Oreal's La Roche-Posay confirmed that more than one million patches were sold to consumers in 37 countries between then and now, all free of charge.

The L'Oreal UV Sense is the next phase of the game for the company. The idea is that people, once they realise just how much exposure they get in a day, will always remember to stock up on L'Oreal sunscreen.

Technology meets marketing. What a combo!