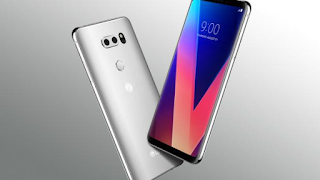 LG is killing off its G-brand this year in favor of something... well, a little more snazzy

LG is changing how it brands its flagship phones, meaning the incoming LG G7 will not be called the LG G7 -- it will be called something else entirely.

The leaked specs and features of the phone will remain the same, however, though the new branding will hopefully help LG secure more fans during 2018.

The company's V-Series of phones, most notably the V30 of late, have enjoyed a lot of success. If you've used or seen either the V20 or the V30, you'll know why too -- they're fantastic devices and all-around solid performers.

So what will the LG G7 be called? No one's sure at this stage of the game. LG's official stance on the subject is pretty vague, indicating it might go the number route, dual number route (so, LG 77), or maybe even use a name for the handset, though there can't be that many good ones left, surely!?

If I were a member of the LG marketing and branding team, I'd immerse myself in Lovecraftian lore and maybe throw in some Gnosticism for good measure, as there are tons are wickedly wonderful names and phrases contained in both subjects. And most aren't trademarked, which is always

Either way, it looks like the phone formerly known as the LG G7 by most people will be the first handset to feature this new style of branding.

My 2p? I think a brand change could be great for LG's 2018 plans. The company makes excellent phones and, while the name of them shouldn't be too important, a change sometimes ignites interest in new users that have previously not noticed and/or seen what the company is doing.

This is why brands spend millions on branding every year. The power of association is a big thing and getting the branding right for a handset is of paramount importance.