Honor 7X and Honor View 10 FINALLY Coming To The USA 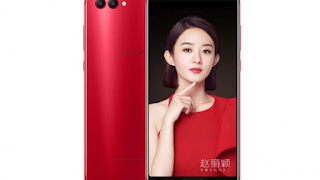 Honor will break into the US phone space in 2018, and the first handsets out the blocks will be the Honor 7X and the Honor View 10

Honor is an offshoot of Huawei. The company has been pumping out handsets for the UK and China for a solid few years now, and for the most part the handsets it has made have been very impressive.

Like OnePlus, Honor is ALL about value for money. The phones are well built, pack in plenty of technology, and, most importantly, look rather nice too. But the biggest USP for Honor has ALWAYS been price – the phones retail for less than $200 in most cases.

The Honor 7X will be available in the US later this year for $199, or a fifth of the cost of the iPhone X.

It will be available in red or black and it features some pretty impressive specs, as you can see below:

The Honor View 10 is Honor's flagship handset and it will apparently retail for $399 in the US, though the extra cost nets you quite a bit more with respect to specs and hardware.

The Honor View 10 is very similar to Huawei's Mate 10, an exceptional phone, and features the company's lauded Kirin 970 CPU, a 16MP camera, a 3750mAh battery, and a decent-sized display for media.

Both phones are very solid options for anyone that is looking for value for money and decent specs and features. Honor has not yet confirmed when the handsets will get a US release date, but as soon as they do we'll update this article with all the pertinent details.