Google’s 2018 Product Roadmap: What To Expect 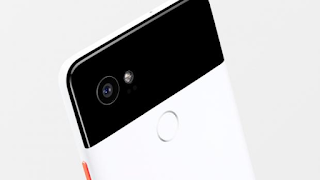 What will 2018 bring from Google's hardware and software offerings?

2018 is upon us and that means another new year that is sure to be full of gadgets and software offerings from the world's biggest tech companies. Being one of the largest, Google is sure to have a slew of products coming out in the next twelve months. And those products have a lot to live up to if 2017 is anything to go by when Google introduced new or updated products like the Home, Home mini, Android O, the Pixel 2 smartphone line, and the Pixel Buds. So what's in store for Google in 2018? Here are the most likely candidates.

This is almost a certainty since Android is now roughly on an annual upgrade cycle. To date, Google has said exactly nothing about Android P or when it will be released. However, the company generally unveils new Android OSes at Google's I/O conference in the early summer before releasing them to the public in autumn. This year's timetable should be no different. As for what "P" may stand for (since Google names Android after sweet treats), may we suggest "Android Payday" or "Android Peppermint Crisp"?

But 2018 could also see a historic change for Android–there may not be another one. Though this has less than a 30% chance of happening, Google may use 2018 to launch its new hybrid "Fuchsia" OS that is rumored to eventually replace Android and Chrome OS. Fuchsia would be a single OS that runs on every Google device.

2017 was the year of the smart speaker. After Amazon jump-started the market a few years ago, Google got seriously into it with the Home and Home mini 2 (along with the Home Max). In 2018 the smart speaker market is sure to heat up even more with the Apple HomePod hitting store shelves, and increased product development from Amazon. That being said, it's virtually a given that Google will announce new Home devices with more capabilities and better acoustics in 2018.

The Google Pixel smartphone line really came into its own in 2017 with the Google Pixel 2 and Google Pixel 2 XL. Many reviewers have called the Google Pixel 2 the best Android smartphone ever. It's been praised for its camera as well as the power of running Android in its "pure" state. But one thing the Pixel 2 line lacks is a modern design. It's still got relatively thick bezels for a 2017 phone. Expect that to change in 2018 with an all-new streamlined design when the Pixel 3 series launches in the autumn.

Google launched it wireless earphones, the Pixel Buds, to much fanfare last year. However, once people actually got their hands on them, there was much that left them disappointed. Though they matched the battery life of Apple's uber-popular AirPods, the sound quality was not considered as good. And the big supposed benefit of the Pixel Buds–their real-time language translation–was something many felt still felt like it was in an alpha state. Expect Google to double down on Pixel Buds 2 this year, with improved acoustics and translation features.