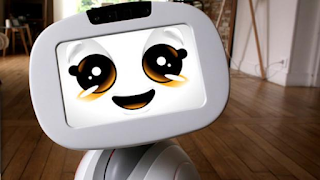 Tech has never looked so wild, wacky, and promising.

The annual International Consumer Electronics Show kicked off into high gear this week in Las Vegas, Nevada. It is THE flagship show for all the cool, weird, and just downright wacky tech coming out this year. Though major tech companies like Google, Apple, and Amazon generally eschew the show in favor for their own, more controlled, events later in the year CES still offers plenty of previews of the coolest upcoming tech from dozens of major companies.

There's one thing to keep in mind, however. Just because something is unveiled at CES doesn't necessarily mean it'll make it to market. Most of the things shown off there will, but there are plenty of devices that companies love to show off just to get attention from the press and public—things like rollable displays or concept smart cars that are still years away from a consumer release. That being said, there's a ton of stuff unveiled to get your hands on in 2018. Here's a mashup of both our favorite prototypes and the actual consumer products that have been unveiled at this year's CES so far.

If you need a sign you're living in the 21st century, look no further. Buddy is being billed as the world's first "Companion Robot for all the family." Buddy has so impressed those at CES it's been selected as one of the winners of the Best of Innovation awards. So what does Buddy do? Think of it as a smart speaker with a face. The makers of Buddy claim the robot "acts as your assistant, monitors your house, entertains your kids and interacts with smart home devices, among many other services."

Smart gadgets are all the rage at CES. Olie capitalizes on this by being able to respond to commands via Amazon's Alexa or Google Assistant so you can turn it on or off with your voice. The lamp also doubles as a wireless charging station for your smartphone–something hand if you have it as your bedside lamp.

This badass motorcycle helmet add-on is being billed as "the first all-in-one motorcycle Head-Up Display (HUD)" ever. Attach it to your helmet to see navigation and director routes, music controls, camera controls, and make and receive hands-free calls.

The AR4X makes current home security cameras look so archaic. That's because it uses facial recognition technology to identify who comes within range of its lens. If its a face it recognizes–like yours or a family member–it'll let you by. But if it doesn't recognize a face the AR4X sends an alert and notification to your phone.

From the makers of the Olie smart lamp, mentioned above, comes the 01. This device looks like a stylus and gives you the measurements of objects in the real world. It can easily measure things like a person's height. But it also allows you to measure thing in three dimensions–height, length, and width–to give you an overall surface measurement. Data is stored in the device and then sent to your smartphone where you can log it for future reference.

This 146in beast of a telly is made up of modular self-emitting MicroLED technology. So what does that mean? Samsung says "as the world's first consumer modular MicroLED television, 'The Wall' represents another breakthrough. It can transform into any size, and delivers incredible brightness, color gamut, color volume and black levels." Now you just need a flat big enough to fit it.