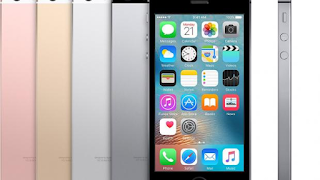 The iPhone SE 2 rumours simply WILL NOT die. And now, reports suggest the phone could land in March

Apple was well and truly caught off guard by demand for the original iPhone SE, a slightly cheaper 4in iPhone released back in 2015. Since then, every year, without fail, we have seen rumours of a sequel. And now, two years later, it looks as if one might actually be on the cards.

According to sources, Apple's iPhone SE 2 will launch this march, feature specs based on the iPhone 7, and come in two storage flavours: 32GB and 128GB.

It will also feature a glass back panel like the iPhone X and iPhone 8 in order to bring wireless charging into the mix. As for pricing, you're looking at around $400, according to reports. This would make it more expensive than the original iPhone SE, but still significantly cheaper than the current iPhone X and iPhone 8 Plus.

And in a world of $1000 flagship iPhones, Apple kinda needs something like the iPhone SE. Back in 2016/17, this wasn't the case. But now that Apple's flagship handset is truly marketed towards the 1%, the company could actually use a cheaper option for those that cannot afford an X.

The other USP of the iPhone SE was its size; at 4in it was the same size as Apple's traditional iPhones. People seem to like this size phone, so releasing a sequel with updated specs and hardware does make sense for Apple, even more so if it simply features a mash-up of old hardware and specs.

I mean, it can't be that expensive to make if you're repurposing old hardware and components. Quite the contrary, in fact, it's likely very profitable for Apple, as it can sell old technology at a higher price point and make some hefty profits.

The main reason Apple would release the iPhone SE 2 has to be price. Most people find $1000 for a phone rather prohibitive, so a cheaper iPhone SE 2 could be used by Apple to show that it still cares about all those people that cannot afford its iPhone X.

Just as the original SE was a concession to users unhappy about the switch to larger displays, the iPhone SE 2 could be a concession to those that refuse to pay $1000 for an iPhone.

Either way, I'll believe it when I see it. In the meantime, if you want value for money, go and see OnePlus.