WhatsApp will stop working on a selection of smartphones and mobile platforms in the new year 2018.

WhatsApp will stop working on a selection of smartphones and mobile platforms in the new year 2018. 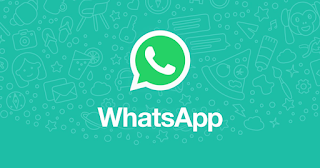 From 1 January 2018, the messenger service won't be available on any handsets running Windows Phone 8.0 (or older versions of the operating system), BlackBerry OS or BlackBerry 10.

The Independent reports that the company made the announcement in an update to a blog post that was originally published in February 2016.

The company statement reads: "When we started WhatsApp in 2009, people's use of mobile devices looked very different from today. The Apple App Store was only a few months old. About 70 percent of smartphones sold at the time had operating systems offered by BlackBerry and Nokia.

"Mobile operating systems offered by Google, Apple and Microsoft – which account for 99.5 percent of sales today – were on less than 25 percent of mobile devices sold at the time."

The platforms that are being cut are unpopular, and have been for some time. The company ended support for Nokia Symbian S60 devices in June.

Although these platforms are still supported, WhatsApp is no longer actively developing for them, which means some features could stop functioning at any moment.

The company added that: "While these mobile devices have been an important part of our story, they don't offer the kind of capabilities we need to expand our app's features in the future.

"This was a tough decision for us to make, but the right one in order to give people better ways to keep in touch with friends, family, and loved ones using WhatsApp.

"If you use one of these affected mobile devices, we recommend upgrading to a newer Android, iPhone, or Windows Phone."

The shutdown had created a lot of online hysteria as online communities are wondering what has gone wrong.