Apple apologizes for slowing down older iPhones, offers $29 battery instead 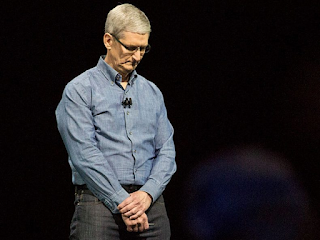 Last week, Apple admitted that it has been reducing older iPhones' performance with software updates. Afterwards, many iPhone consumers filled action class lawsuits against the tech giant in various states of the US. To avoid facing even worse circumstances than this, Apple has issued a formal apology to its customers, with a price cut on battery fix of up to 60%.

The report from Geekbench founder John Poole which firstly indicated that Apple reduces the speed of the processors in iPhones with old and worn batteries, which makes their performance slow. Apple is able to do this with software updates. Most of the Apple users are claiming that since the update in iOS, their older devices including the likes of iPhone 6, iPhone 6S and even iPhone 7 are performing much slower.

Apple earlier addressed its consumers with a brief answer that it has been doing so, to avoid the unexpected shutdowns in older iPhones with aging batteries. As of now, after facing several lawsuits, the tech giant has decided that it's not too late to say sorry. Apple has issued a letter to its consumer, which states,

"We know that some of you feel Apple has let you down. We apologize."

"We have never — and would never — do anything to intentionally shorten the life of any Apple product, or degrade the user experience to drive customer upgrades. Our goal has always been to create products that our customers love, and making iPhones last as long as possible is an important part of that,"

The Cupertino-based tech giant has also promised a $29 battery replacement. The new battery will do magic and will immediately return an iPhone 6 or later model to its original performance. The new batteries, which normally cost $79 has now got a price cut of $50 and will be available starting in January 2018.

The iOS 10.2.1 update was the main culprit behind reducing older iPhones' performance, as the iPhone 6 was facing unexpected shutdowns, almost a year ago.