As a "tradition", today we're going to present to you our list of top 10 4GB RAM phones for the upcoming November. Some of the smartphones on the list have great camera system. Check it out now! 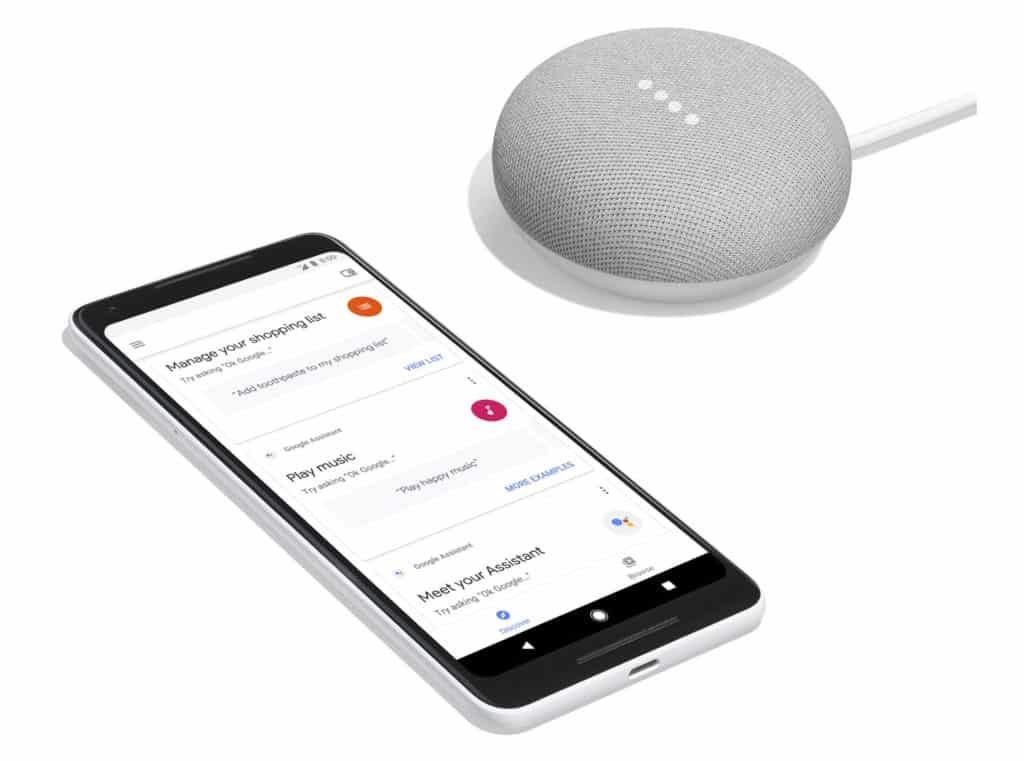 The first phone on our list of top 10 4GB RAM phones for November is the Google Pixel 2 XL. The Google Pixel 2 XL specs contain a 6.0-screen with the resolution of 1440 x 2880 pixels. Moreover, the flagship comes with Android 8.0 Oreo and a Snapdragon 835 processor. In terms of memory, this Google handset comes with either 64GB or 128GB ROM, 4GB RAM without the microSD card slot. This phone is also powered by a non-removable Li-Ion 3520 mAh battery. 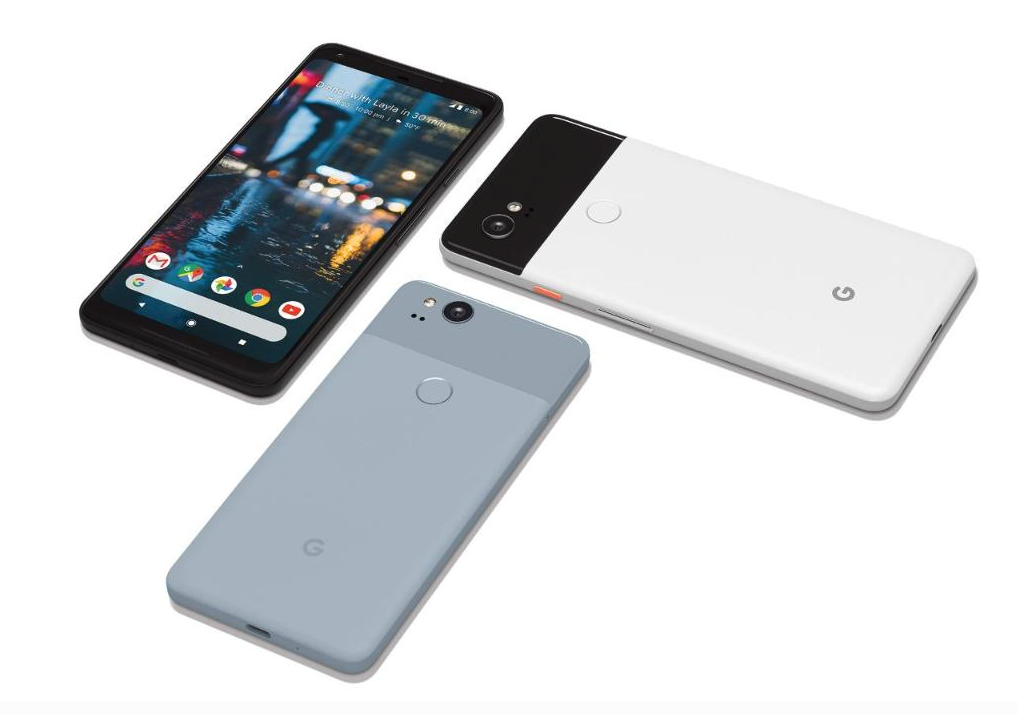 The next phone on the list is the Huawei Mate 10. The smartphone features a 5.9-inch Quad HD LCD display at a more traditional 16:9 aspect ratio with the resolution of 2560 x 1440. Moreover, the Huawei Mate 10 specs also include the Kirin 970 processor along with 4GB RAM and an expandable 64GB ROM. Speaking of the photography department, the Huawei Mate 10 camera packs a dual 20MP +12MP snapper on the back and an 8MP shooter on the front for taking selfies. The Huawei Mate 10 price is around $825 (about Rs. 53530). The third phone on our list is Samsung Galaxy S8. This Korean device sports a 5.8-inch screen (1440 x 2960 pixels). The Galaxy S8 works on Android 7.0 Nougat and a Snapdragon 835 chipset. When it comes to the memory, this Samsung handset provides an expandable 64GB of internal storage along with 4GB RAM. Additionally, there is also a non-removable Li-Ion 3000 mAh battery in this phone. Moreover, the Samsung Galaxy S8 camera system includes a 12MP rear shooter and a 5MP front one for taking selfies. Samsung Galaxy S8 price is $829 (Rs. 53,999). 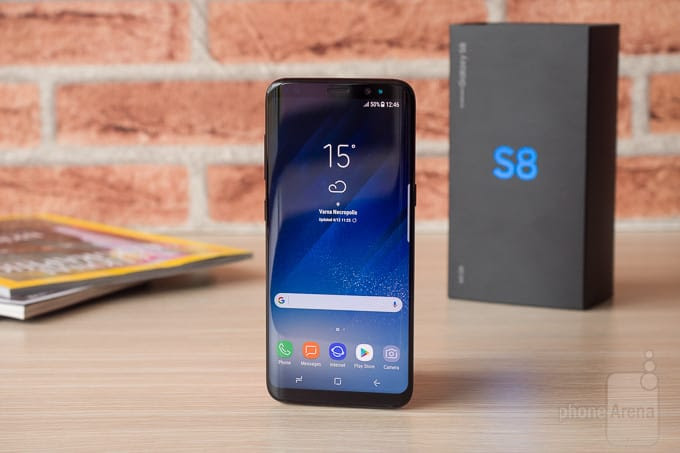 The next phone on our list is the latest Nokia phone, the Nokia 7. The handset comes with a 5.2-inch 1080p LCD display. Speaking of the Nokia 7 specs, the device contains a Snapdragon 630 chipset along with either 4GB or 6GB RAM. In terms of memory, the mobile offers a decent 32GB of expandable internal storage. Moreover, the Nokia 7 battery is rated at 3000 mAh capacity. In terms of optics, the Nokia 7 camera system includes a 16MP rear shooter and 5MP lens at the front for selfies. The Nokia 7 price starts at $377 (roughly Rs. 24488). 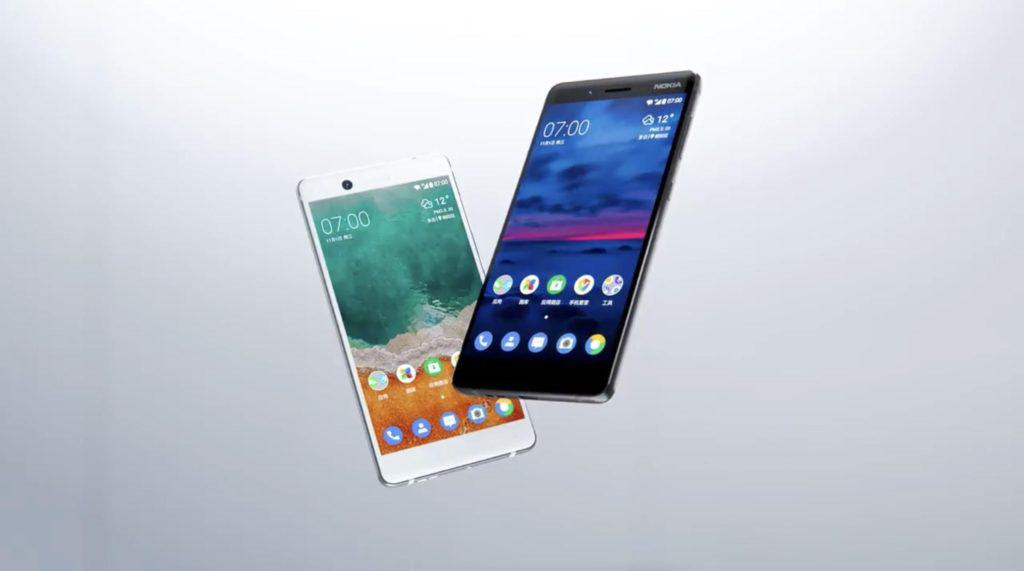 The next phone on our list of top 10 4GB RAM phones for November is another flagship from Nokia, the Nokia 8. The device sports a 5.3-inch display with the resolution of 1440 x 2560 pixels. Moreover, the phone packs the powerful Snapdragon 835 with 6GB RAM and an expandable 128GB of internal storage under the hood. Also, the handset receives power from a decent 3090 mAh battery. The smartphone runs Android 7.1.1 Nougat and will get Android Oreo, Android P updates soon. In term of optics, both the dual camera setup at the back and the selfie camera of the phone have the same resolution of 13MP. The Nokia 8 price is Rs. 36999 (about $569). 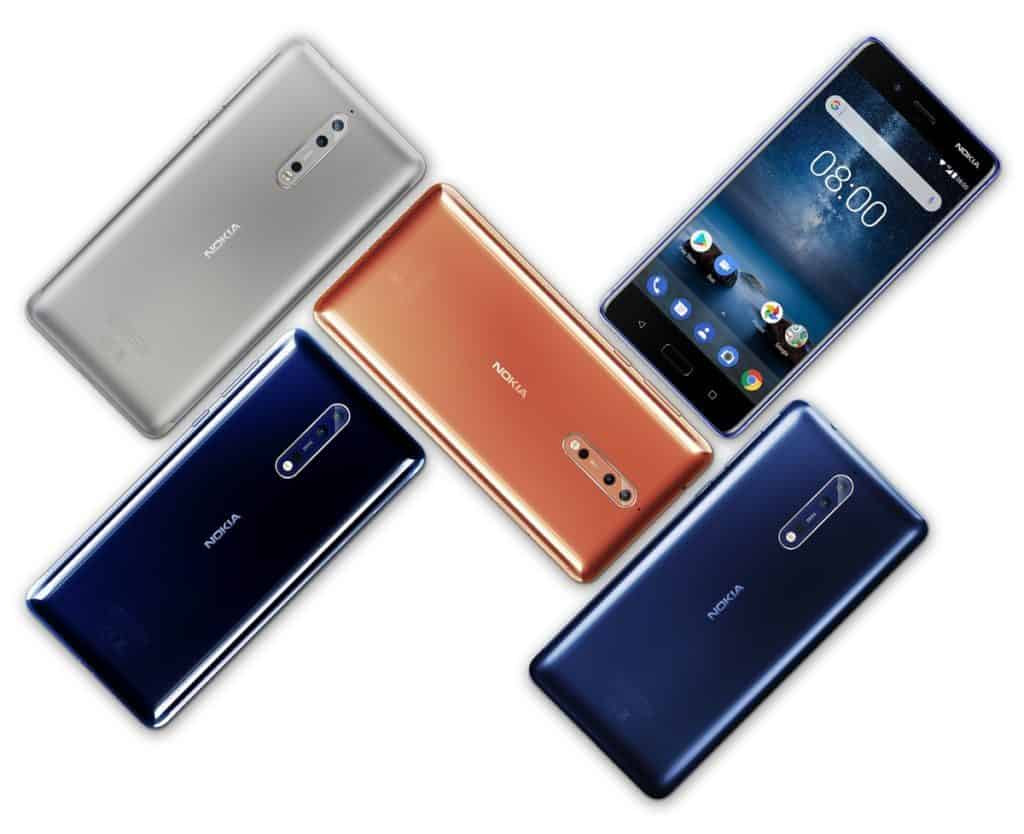 The Korean smartphone features a big 6-inch OLED display with the resolution of 2880 x 1440 pixels. Regarding the LG V30 specs, the device comes with the powerful Snapdragon 835 along with 4GB RAM and an expandable 64GB of internal storage. Moreover, the LG V30 battery measures 3300 mAh. Speaking of the LG V30 camera, the setup consists of a 16MP dual cameras at the back and a 5MP front shooter. The device works on Android 7.1.1 Nougat. The LG V30 price is Rs. 49999 (about $769). 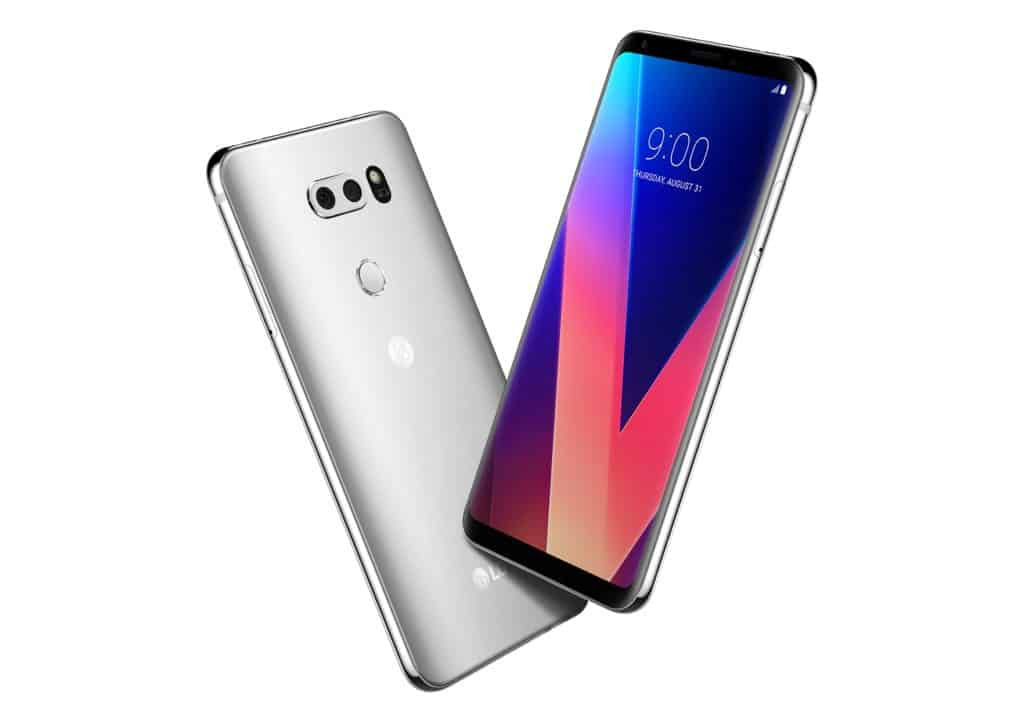 The Xiaomi Mi A1 features a 5.5-inch full-HD display with the resolution of 1080 x 1920 pixels. Moreover, under the hood, the device receives power from the Snapdragon 625 along with 4GB RAM and a 3080 mAh battery. Additionally, there is 64GB of internal storage that is expandable via microSD card (up to 128GB). In terms of photography system, the Xiaomi Mi A1 camera consists of two 12MP sensors at the back. Furthermore, on the front panel of the phone sits a 5MP front-facing snapper. The Xiaomi Mi A1 price in India is Rs. 14999 (about $230). 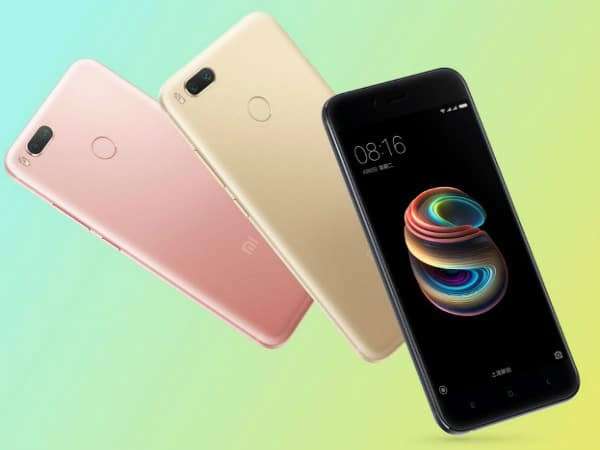 The high-end Sony Xperia XZ1 sports with a 5.2-inch full-HD (1080 x 1920 pixels) HDR display. Under the hood, there's a Snapdragon 835 chipset coupled with 4GB of RAM and Adreno 540 GPU working as the power source for the device. Regarding the memory, the handset packs an expandable 64GB of internal storage. Moreover, the handset also comes with a modest 2700 mAh battery and the latest Android Oreo. In terms of optics, the smartphone features a 19MP camera at the back. On the front, the handset features a 13MP camera with an aperture of f/2.0 and 22mm wide-angle lens for group selfies. The Sony Xperia XZ1 price is Rs. 44990 (roughly $692). 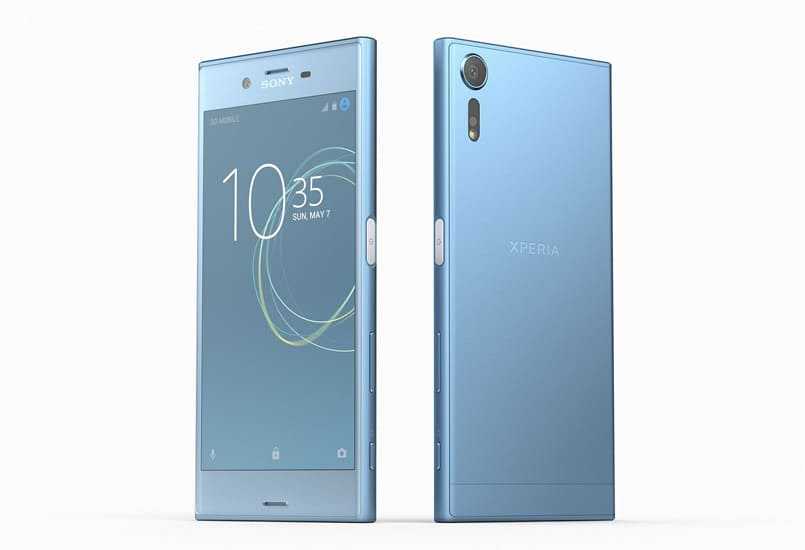 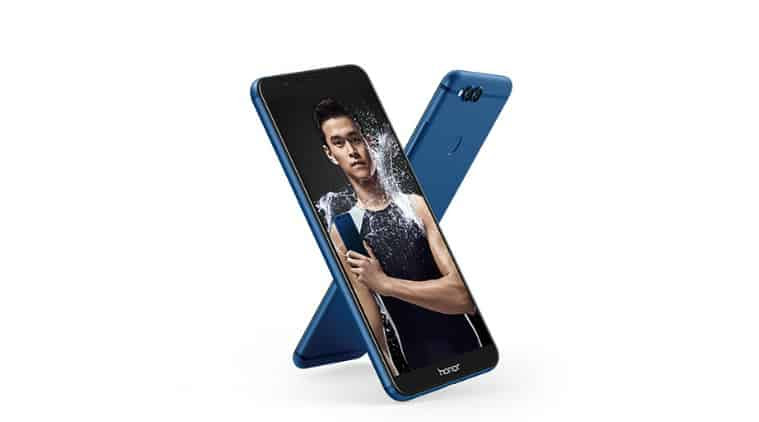 The last phone on our list of top 10 4GB RAM phones for November today is a selfie-centric phone, the Vivo V7 Plus. The smartphone features a 5.99-inch FullView display with a resolution of 720 x 1440 pixels. The smartphone gets power from a 1.8GHz octa-core Qualcomm Snapdragon 450 processor and 4GB RAM. The phone packs 64GB of expandable internal storage. Speaking of photography department, the Vivo V7 Plus camera packs a 16MP sensor on the rear and an impressive 24MP front shooter for selfies with f/2.0 aperture for both lenses. The Vivo V7 Plus battery measures 3225 mAh. The phone runs Android 7.1.2 Nougat with Vivo's own interface Funtouch OS layered on the top. The Vivo V7 Plus price India is Rs. 21990 (about $336). 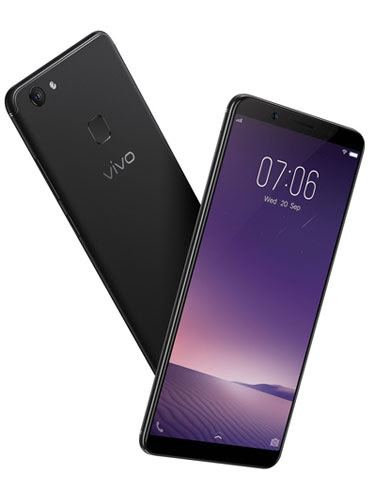 What do you think about our list of top 10 4GB RAM phones for November? In terms of price, we recommend the Huawei Honor 7X for its reasonable price. On a different note, if you love taking photos with your phone, the Google Pixel 2 XL is a perfect choice.