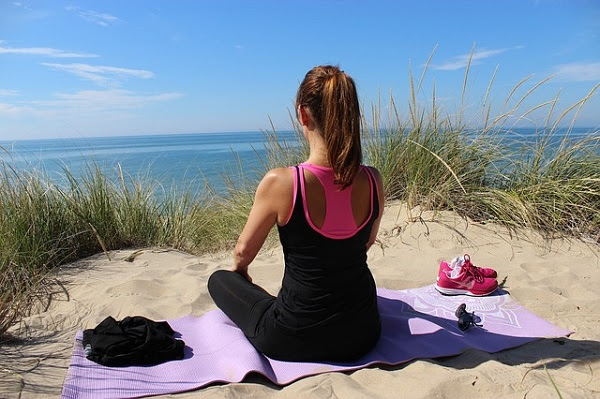 If you're not a natural-born saver, you might believe that the key to becoming a good money manager is willpower and deprivation. The thinking with this is that if you just grit your teeth, and force yourself to forgo temptations, and record every penny, you'll become more responsible with your money.

The only problem with that theory is that reliance on willpower is doomed to fail. As anyone who has tried an extreme budget (or diet) can tell you, we all have a tendency to rebel against too-strict rules, even when they are self-enforced.

A better plan is to work on improving your willpower, since studies have shown that practicing willpower in one part of your life makes it easier to resist temptations in seemingly other unrelated areas of your life.

Here are four non-financial habits you can adopt to become a better self-regulator.

A study conducted by the University of Michigan asked students to maintain good posture for a period of two weeks. At the end of the experiment, researchers found that the students who had been watching their posture performed better on tests of self-control as compared to the control group that had been free to slouch.

Apparently, even small self-regulatory exercises strengthen your overall willpower. This particular habit could not only help you to become a better money saver, but it will improve your back health, as well.

One of the reasons why it's so much harder to make good decisions, and avoid temptations, late in the day is because of a phenomenon known as decision fatigue. We all have a limited bandwidth for making decisions, and using up that bandwidth on unnecessary or irrelevant decisions can mean you're susceptible to making poor choices when the stakes are higher.

That's why many high-profile individuals from Steve Jobs to President Obama have decided to adopt a daily uniform. With one less small decision on their plates, they are better able to focus their mental energy on the choices that really matter.

Living in the modern world means that we rarely have to feel much discomfort, such as hunger, extremes heat or cold, or even the bite of a pesky mosquito. That's certainly a good thing, but it has its downsides.

If we don't regularly experience such unpleasant sensations, worry about potential future discomfort, or the first pangs of physical discomfort, it can convince us that we can't stand the unpleasantness.

For instance, if you fear discomfort, you might immediately purchase a sweatshirt at the ball game when the weather turns cold, even though you don't particularly want a team shirt and can't afford the high markup. If you have a habit of embracing minor discomfort, on the other hand, you'll realize that you can both handle the chill and still be able to enjoy yourself without being perfectly comfortable.

Exercise is the all-purpose remedy for any number of things that may ail you, including a lack of self-discipline. In 2006, Australian researchers Megan Oaten and Ken Cheng conducted a study that offered participants a free gym membership and personal training for two months.

Like the good posture habit, adopting a regular exercise regimen can help your health while giving you plenty of opportunity to flex your willpower muscle.

How do you create non-financial habits? In what way do you notice that changing other areas of your life affects your finances?