We Compare iPhone 5S and iPhone 6: Is It Worth Upgrading?

We Compare iPhone 5S and iPhone 6: Is It Worth Upgrading? 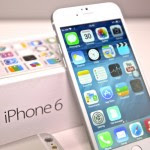 If you own an iPhone 5S, you may be wondering whether it's time to upgrade to the new iPhone 6. In this article, we compare the two generations of Apple smartphones to help you decide whether to upgrade or not.

The 2014 iPhone 6 is 6.8mm thick, while the iPhone 5S is 7.6mm thick. The iPhone 6 has curvier lines and does not have the angular edges of the iPhone 5S. It is also slimmer compared to the old model.

The iPhone 6 has a larger screen, and both units have hardened glass fronts and aluminum backs. Both have TouchID sensors and the iPhone 6 has the extra hardware feature of NFC, which enables secure wireless payments with the new Apple Pay mobile payment system that will be used by thousands of stores in the U.S.

Both units use the standard iPhone IPS LCD screens and look great generally. They have 326ppi displays, so you will have a better experience playing games and browsing on the iPhone 6's larger display.

The camera features are almost the same on both phones. Apple says the iPhone 6 has a new sensor, but there is no evidence of radical improvement in image quality. But the iPhone 6 does have a new element in the phase detection autofocus that is used in many sophisticated cameras for faster focusing.

The iPhone 6 allows in 81 percent more light which facilitates better shots. It caters to selfie addicts by including a burst mode and one-shot HDR.

The iPhone 6's CPU is 20 percent faster and its GPU is 50 percent faster. This means you will get better visual effects while gaming on it. The new model hosts an advanced generation processor named the Apple A8 that is an improvement over the Apple A7 from iPhone 5S. The iPhone 6 also has tinier transistors that make its CPU more efficient and run cooler. Thus, the new model offers a solid CPU upgrade over the older iPhone 5S.

The iPhone 6 is available from $199 onwards, while the iPhone 5S is sold from $99 onwards.

The iPhone 6 has a few improved features that can enthuse those who wish to upgrade. The screen is bigger and offers a more entertaining experience for gamers. Other compelling new features are the Apple Pay secure payment system as well as extra storage. We hope this comparison article has informed you about the specifications and features of both the iPhone 5S and the new iPhone 6 to help you make an educated decision.