Planning To Buy A Gaming Console? Compare Xbox One and PS4

Planning To Buy A Gaming Console? Compare Xbox One and PS4

Sony's PS4 and Microsoft's Xbox One have been around for almost a year, and have been upgraded during that period with new features and software updates. The PS4 is regularly sold out, while Microsoft has improved its console with a range of hardware bundles.

Sony has sold about eight million systems, while Microsoft has shipped five million pieces to stores. Both consoles cost the same at $399.99 but Microsoft has added more games that can only be played on Xbox. We help you choose the right gaming console by comparing their features and special aspects.

Xbox One measures 13.5 in x 10.4 in x 3.2 in and the console has vents that ensure it does not overheat. It is a big device that is larger than most others in the market.

PS4 has a stylish design and a recognizable angular shape. The console is half-gloss, half-matte and is slimmer at 10.8 in x 12 in x 2. Therefore, the PS4 can fit into your media cabinet more easily. It is also lighter at 2.75 kg compared to Xbox One's hefty 3.56 kg.

The ports on the PS4 can be hidden, though this would make it more difficult to plug in cables. For wireless connectivity, PS4 offers 802.11 WiFi bands b/g/n and gigabit Ethernet. Xbox One offers all those features plus the 802.11a band, which is older. PS4's connections are limited to 2.4GHz, while Xbox One supports the 2.4 GHz as well as the latest 5GHz channels which can be used with dual band routers.

Both consoles host 500GB hard drives, but PS4 offers the added advantage of allowing replaceable internal drives. The Xbox One's drive cannot be replaced as this would void the warranty. A recent update to the Xbox One enables users to add external storage to the console. But the drive should be at least 256GB and USB 3.0. Sony does not support external storage.

Games on Both Consoles 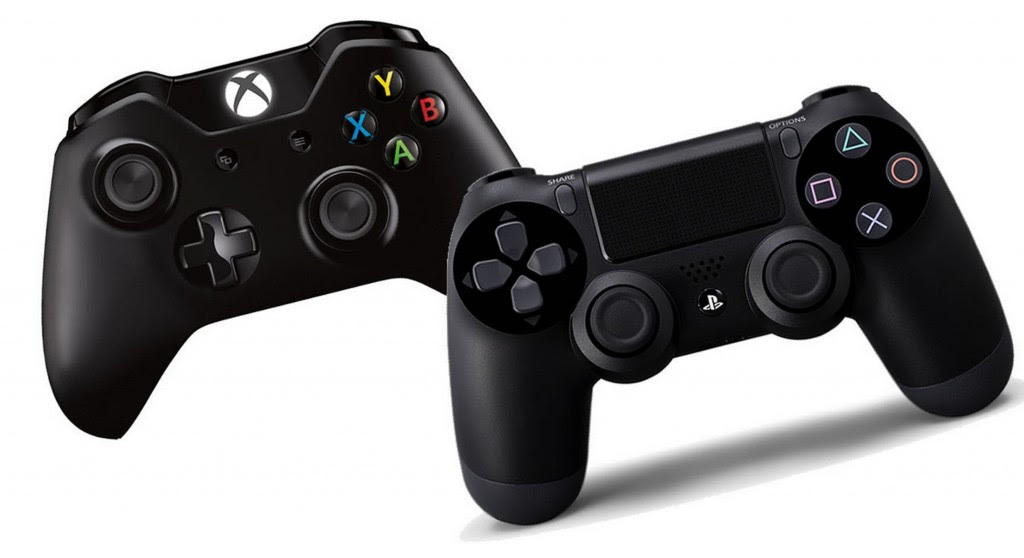 Let us now take a look at the factor that matters most on a gaming console: its games. Exclusives are the most important thing when we compare the PS4 and Xbox One because many popular games like Far Cry 4, The Witcher 3, and Destiny will be available on both formats.

When it comes to exclusive games, Xbox One's Titanfall is the biggest. There are also Xbox 360 and Windows PC versions of this multi-player game but none for PS4. Titanfall has been updated with additional features, new game modes, and technical tweaks to enhance its appeal.

On the PS4, the biggest exclusive game is Infamous: Second Son. This single-player game offers great action and stunning particle effects. The console has also released The Last of Us Remastered, an updated version of the exclusive hit game for PS3.

Gamers can look forward to the release of the social racing game Driveclub on the PS4 in October 2014. Driveclub's competitor on Xbox One is Forza Horizon 2. Xbox One's arsenal of 2014 exclusives includes Sunset Overdrive and the updated Halo series of games. To sum up, Titanfall is the blockbuster on Xbox One, while the PS4 is slightly ahead when it comes to multi-format games.

Xbox One is a versatile next-generation console that can be used for live TV, Skype, and media streaming, apart from games of course. The PS4 is simpler, but more than fulfills its promises. It also offers superior graphics performance.

The PS4 is ahead on technical parameters and is recommended for serious gamers. If you want to play games from the biggest franchises like Assassin's Creed, Call of Duty, and Destiny, choose the PS4. On its part, Xbox One scores with its top quality online service and multimedia capabilities.

We hope our comparison has updated you on the games and features on both consoles to help you make the right choice if you are thinking of gifting a gaming console this festive season.