10 Most Expensive Items Ever Sold On eBay: Top Spot Bought For $168M

10 Most Expensive Items Ever Sold On eBay: Top Spot Bought For $168M

The birth of eBay is not just the start of something new and unheard of, where simple people can buy, sell, and trade stuff online,  from the comfort of their homes and offices. eBay started a revolution that led to the explosion of online commerce, redefining the way people do business. There is no doubt that eBay laid the blueprint of modern online selling and buying.

And since it started its operations in September of 1995, eBay has been the venue of many of the world's most expensive sales ever made. And nearing two decades of online trading, buying, and selling, it quite interesting to see what items netted the biggest deals in nearly 20 years of eBay existence. Check out the list to find out. 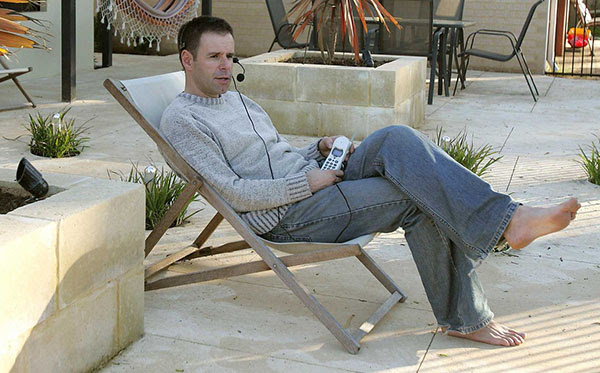 How much is a man's life worth? Many would probably respond with the word "priceless". But for English traveler and writer Ian Usher, his life's value amounted to $302,292. The gentleman from Barnard Castle, Durham placed a "life for sale" listing on eBay in 2008 following a rocky marriage that ended in divorce. Usher's life was bought by an unknown buyer. Usher described the move as an "inspired madness, complete foolishness, or just some sort of mid-life crisis." He then used the money to make a "fresh start", starting completing a bucket list which took two years of traveling. He published his experiences and challenges of his travels in his two books,  2008's A Life Sold and 2013's Paradise Delayed.

Shoesless Joe Jackson is no doubt a colorful character in the history of baseball. Joe got his nickname when he played a game where he ran the bases with nothing on his feet but a pair socks. Joe revealed that the shoes were giving him blisters and it bothered him so much he decided to remove them. But he's also one of the controversial players of the sport, being accused of throwing the 1919 World Series for a bribe. In 2001, Joe made the news again when his bat, named Black Betsy, was sold on eBay for more than $577,000. Crafted from hickory, the bat was sold by his nephew and became the most expensive baseball ever sold on eBay.

There are only 399 Ferrari Enzo supercars in the world, making it one of the rarest supercharged cars ever made. With such rarity tag, it is only  natural that the car commands a high monetary value. So when one was placed on auction on eBay in 2004, adrenaline junkies with thick wallets, car collectors, and automobile aficionados all over the world placed their bids. The winner was a gentleman from Switzerland, whose $1 million bid for the car was just $55 higher than the second highest bidder's offer. 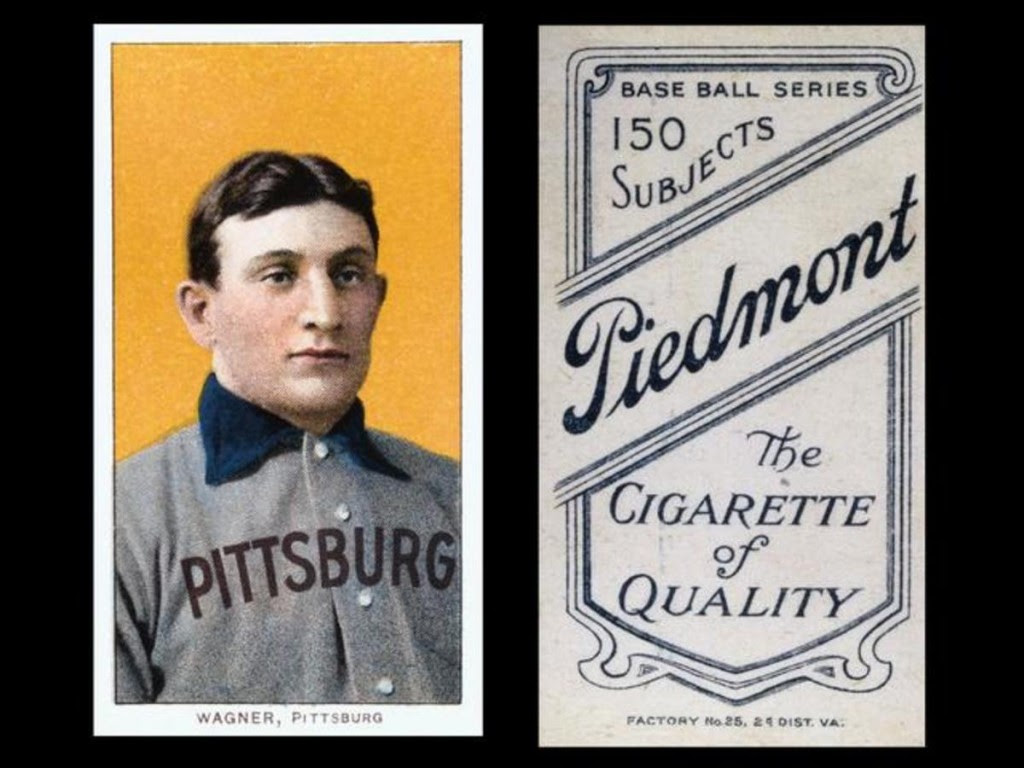 Baseball cards are among the most valuable collectibles from the sporting world, as evidenced by a rare Honus Wagner baseball card which was sold for $1.1 million in 2000. Only 200 Honus Wagner baseball cards were issued by the American Tobacco Company as Honus himself asked to halt the production of the cards because he was against smoking and did not want his fans to associate him with ATC. When Wagner card surfaced on eBay, baseball fanatic Brian Seigl immediately closed the deal and parted ways with his one million dollars. 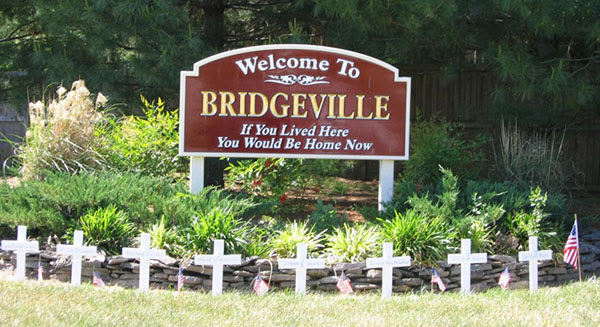 Real estate is a very popular category on eBay. And it's no surprise that among the biggest sales ever made on the site are huge properties. But would you believe if someone told you a whole town was actually offered on eBay? The private town of Bridgeville in California stands on an 83-acre property and consists of 8 houses, a post office, a cafe and only 30 residents. In 2002, the Lapple Family sold the lot for almost $1.8 million. The family owned the land since 1973 but decided they wanted to let go of their private town. A few years later after the eBay purchase, the owner decided to sell Bridgeville again. 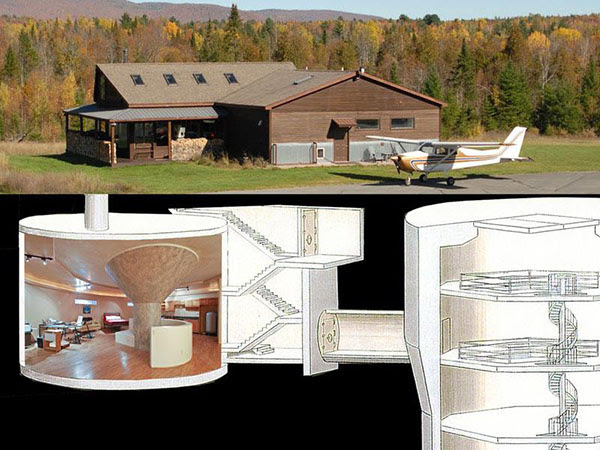 There's an old saying that goes "In times of peace, prepare for war". Realtors Gregory Gibbons and Bruce Francisco took the old adage religiously, especially after the 9/11 attacks. Soon after September 11, the realtors purchased a property in the Adirondack Mountains in the upstate of New York, which was a former missile silo base. There they constructed a high end luxurious house with an access to an underground bunker designed to be doomsday proof. The whole project was valued at $18 million but both men settled for a $2.1 million offer after they listed it on eBay. 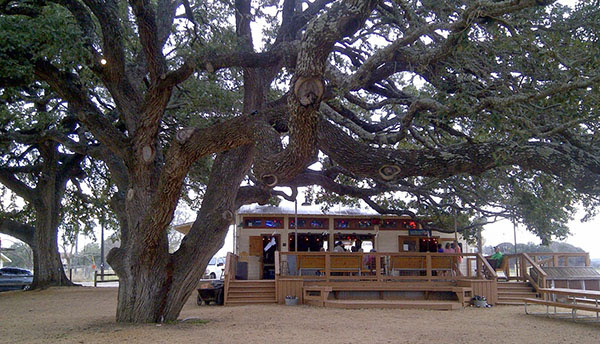 Another private property sold on eBay, the small town of Albert, Texas has quite a bit of history itself. Bought by insurance broker Bobby Cave for just $216,000, the small town of five residents was renovated to preserve its roots. Back in the old day, Albert served as a stop on the Fredericksburg-Blanco stage route and also functioned as a hub in the President's Ranch Tail. In 2003, Cave sold the property for a whopping $2.5 million. 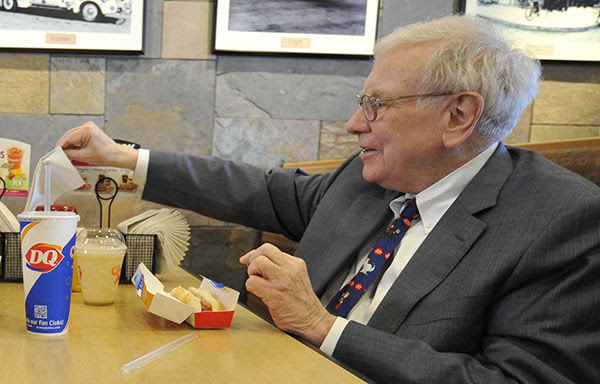 As one of the most successful billionaires on the planet, Warren Buffet's time is precious. Every year, he sells a portion of his time, specifically his lunch time, for the benefit of the people who get free meals from a church in San Francisco. In 2010, one anonymous bidder may have been so desperate for advice that he shelled out $2.6 million just to spend lunch with the famous billionaire. Hope he got a sound advice from that huge investment. 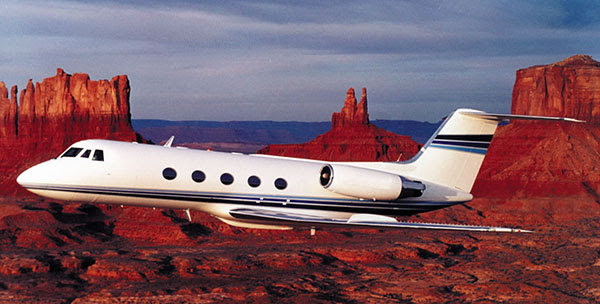 Jets are expensive, which is why it is not surprising to see a jet plane included on our list. Specifically, a Gulfstream II. Sold by Tyler Jets in 2001 to an Africa-based charter flights company, this jet is designed to seat 12 passengers in comfort and luxury. At the time of its purchase, the Gulfstream II was not only the most expensive item bought on eBay, it was also the largest successful online purchase ever. 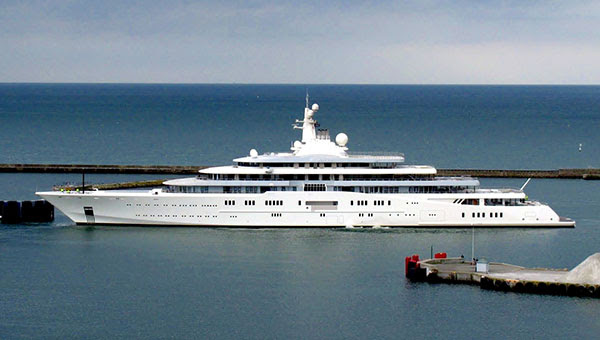 Everybody wants to live on a boat. But for Russian billionaire Roman Abramovich if it's a boat it should be the Gigayacht. Designed by Frank Mulder, the Gigayacht is not only the most expensive boat ever sold on eBay, it is also the most expensive item on the site. When the Gigayacht was placed on sale, the Russian investor couldn't resist the urge to click the "Buy" button. Colossal and luxurious, the Gigayacht is 405 feet long and features two VIP suites, a children's cabin, guest cabins, a gym, movie theater, spa, elevator and helicopter pad.