10 Most Expensive Celebrity Baby Photos Ever Sold To Magazines

10 Most Expensive Celebrity Baby Photos Ever Sold To Magazines

Snapshots of celebrities are of great value, especially those that portray them in the worst possible way. Such a trend explains why the paparazzi business is a booming practice. A picture of a popular Hollywood star getting involved with some nasty stuff can be worth thousands of dollars and tabloids and gossip sites are more than willing to part with huge sums of money just for a chance to break such images to the public.

Still, some pictures are not all that bad. Tabloids, showbiz magazines, and gossip websites are known to fork out millions of dollars just to get their hands on pictures of celebrities' newly born kids. The cuter and more popular they are, the bigger the money. 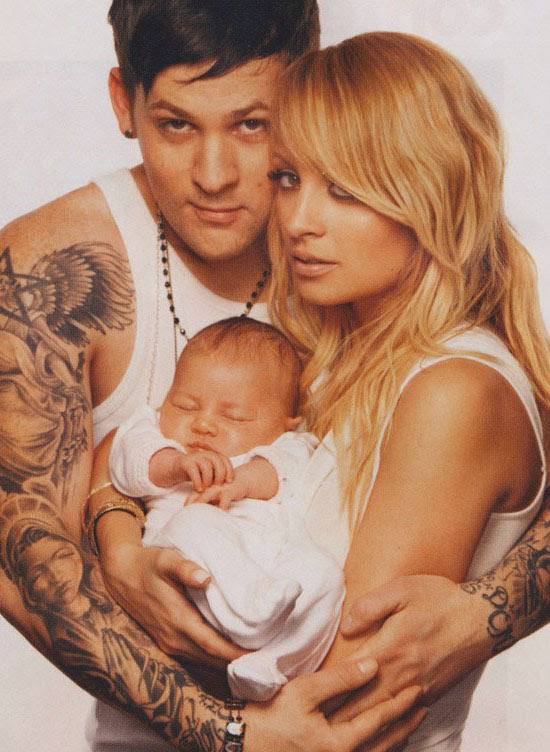 Back in 2008, everyone was going gaga over the birth of Harlow Winter Madden, daughter of Good Charlotte's lead vocals Joel Madden and socialite Nicole Richie. The craze was so insane that People Magazine paid the couple $1 million for the rights to Baby Harlow's first photos. The family was featured in the magazine in the same year, with Nicole and Harlow gracing the cover. 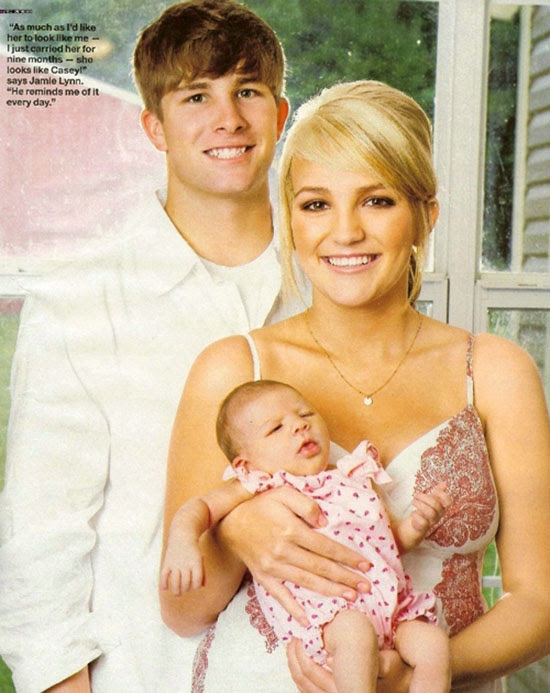 Controversy can be a bridge to immense popularity and that is how Maddie Briann Aldridge gained instant fame even before she was born in 2008. Her mother is Jamie Lynn Spears, sister to controversial music artist and actress Britney Spears. Jamie gave birth to Maddie when she was just 17 years old. OK! Magazine didn't mind paying Jamie $1 million for a photoshoot with baby Maddie and gracing the magazine's July 2008 cover with her daughter. 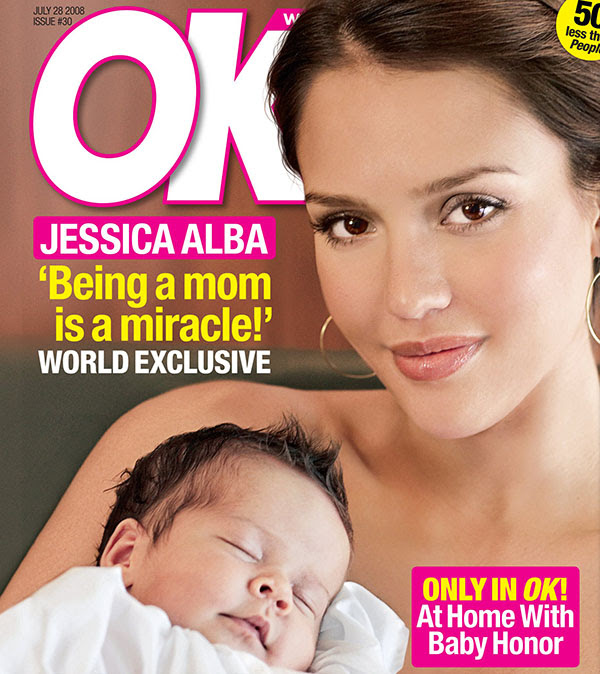 Jessica Alba is a fine woman with stunning looks and a unique charm only a few in the show business possess. So when she gave birth to her first child, Honor Marie Warren, many are quite eager to see the daughter of Jessica and husband Cash Warren for the first time. OK! Magazine wanted the honors and paid the couple $1.5 million for the photoshoot. A photo of Jessica holding Honor was the cover of the July 2008 issue. 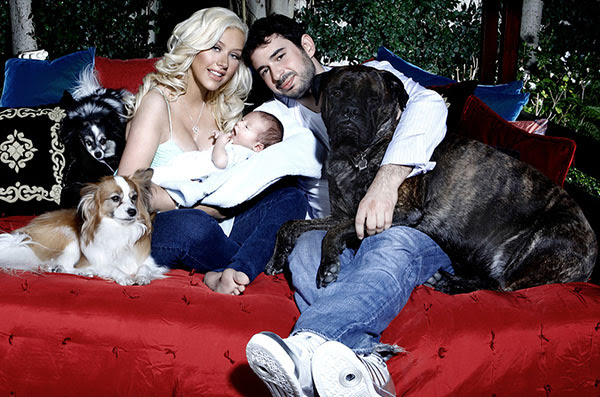 When diva Christina Aguilera gave birth to her son Max Liron Bratman in 2008, people couldn't wait to get a glimpse of the baby boy. Christina and her husband at the time, Jordan Bratman, were paid $1.5 million by People for the exclusive photos of her son. Christina and Max appeared on the cover of the February 2008 issue of People magazine. 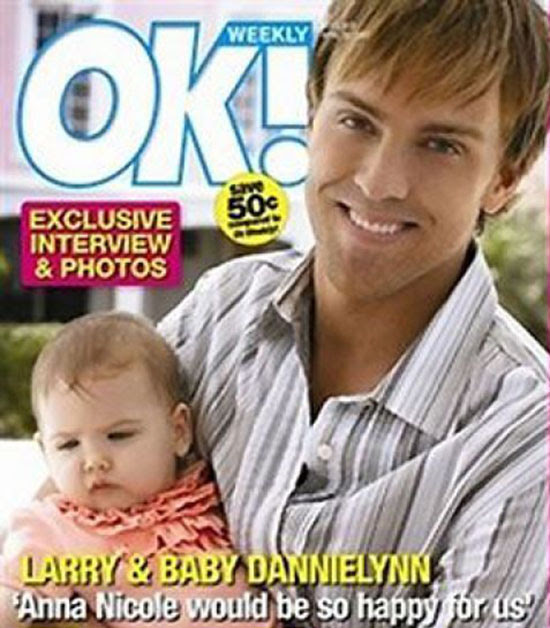 Almost everybody believed that Howard K. Stern was the father of Anna Nicole Smith's uber cute daughter Dannielynn Hope Marshall Stern. Born in September 2006, Stern argued that the timing of her pregnancy coincides with their relationship. However, after a lengthy legal battle, it was revealed that Larry Birkhead, fashion and entertainment photographer, was the real father of Dannielynn as proven by DNA tests. Right after the news broke out, OK! immediately offered $2 million for the the girl's first photos with her real father, Larry. 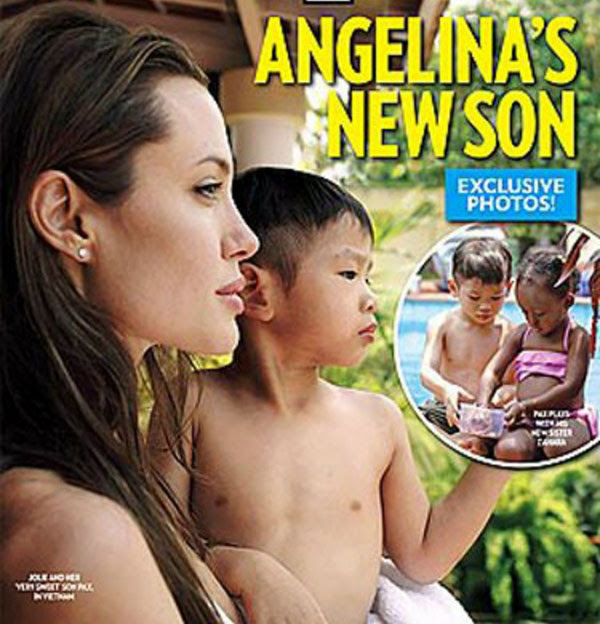 In March 2007, power couple Brad Pitt and Angelina Jolie found Pax Thien in an orphanage in Ho Chi Minh City, Vietnam and they were instantly smitten by the boy. They decided to adopt Pax, making him the third adopted child of the Jolie-Pitt household. First photos were sold to Peoplefor $2 million. Adoption photos were also sold to OK! although the amount has not been disclosed. 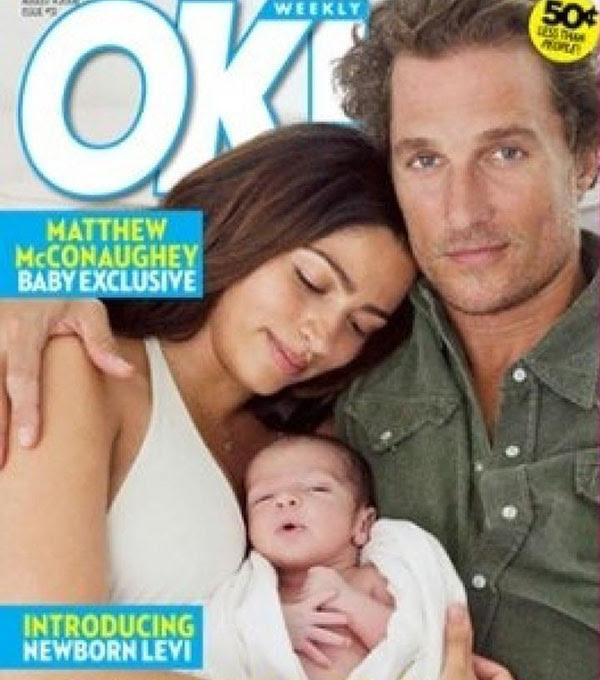 Gracing the cover of OK! Magazine's August 2008 issue is award-winning actor Matthew McConaughey with his newborn son Levi Alves and partner Camila Alves. For the exclusive photos featured in the magazine, OK! shelled out $3 million. The couple had two more kids since then, a son and a daughter. 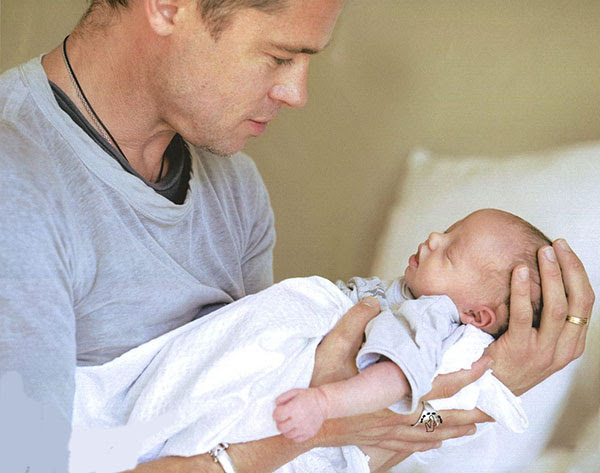 Another entry from the Jolie-Pitt household, first baby photos of Shiloh Nouvel netted a whopping $4.1 million from People magazine. Shiloh Nouvel is the first biological child of Angelina and Brad. The couple donated the proceeds of the sale of her photos for the benefit of African children. Rights to the photos of Shiloh Nouvel were soon sold to the UK-based Hello!magazine for $3.5 million. 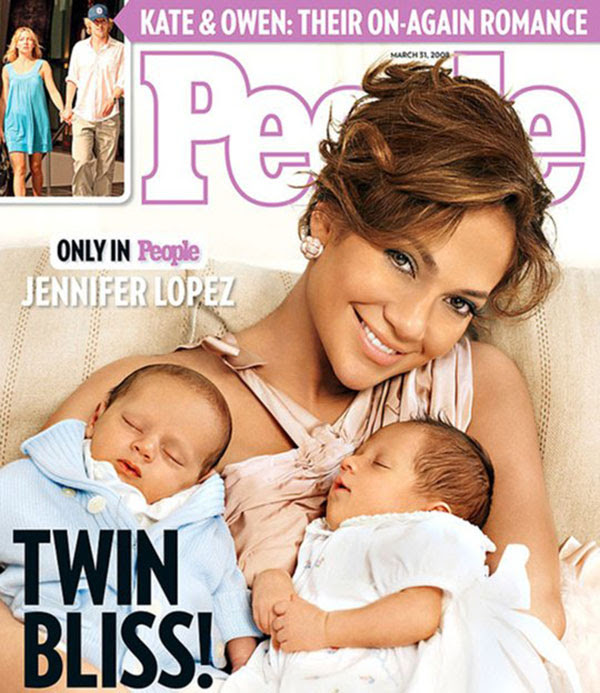 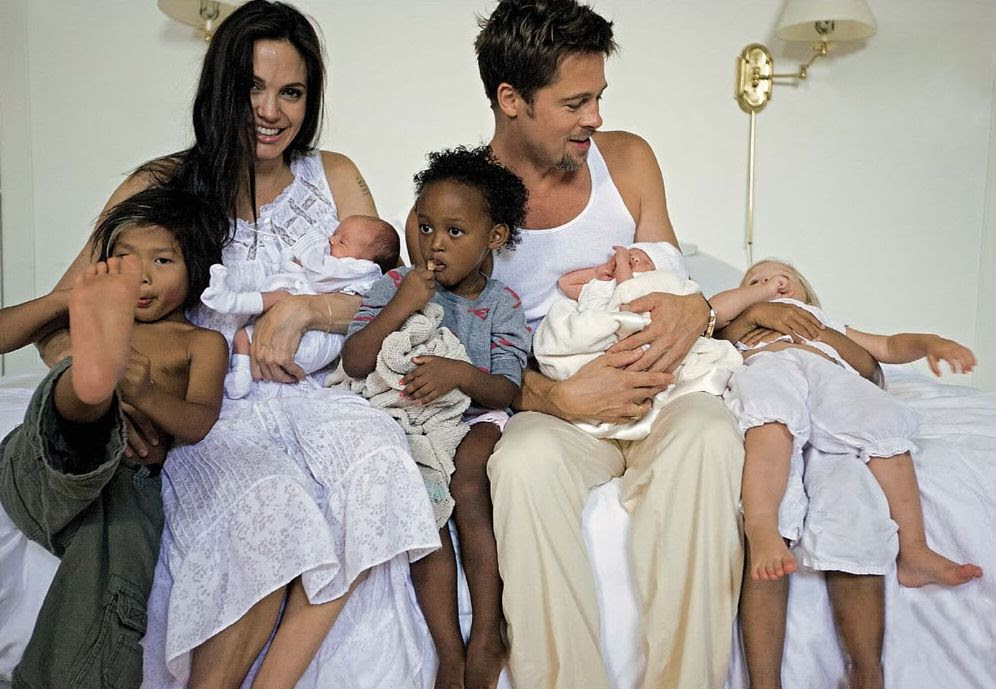 When Angelina Jolie announced that she was expecting twins in March 2008, people could hardly contain their excitement. After giving birth to Knox Leon and Vivienne Marcheline Jolie-Pitt in August of the same year, many entertainment magazines placed their bids to secure the exclusive photos of the children. People and Hello! magazines teamed up and offered a colossal $14 million for the photos. The money was then donated to the Jolie-Pitt Foundation.