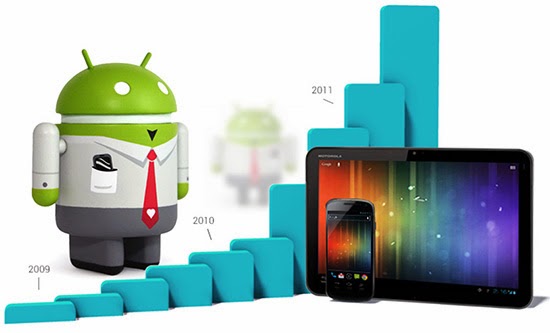 The launch of Samsung Galaxy S III, Android Jelly Bean, LG Nexus 4, HTC One X and a host of other smart phones has brought about revolutionary changes in the world of Android. Power packed with innumerable applications and features, these phones offer advanced and cutting edge technology for all users.


Even as cell phone watchers are being awed by their attractive designs, application downloading facilities, Linux based operating systems, global team of software professionals developers, performance profiling, debugging tools/plug-ins and a host of other personalized features; they are looking for more enhanced features and benchmarked performances in 2013.
So, what are the popular trends to look out?

Android phones are now becoming synonymous with huge displays and larger screen sizes. With the high end 5.5-inch Samsung Galaxy Note II and 4.8-inch Samsung Galaxy S III making their presence felt with mammoth screens, larger display areas have created a big impact in the world of telecommunication and smart phones alike.
Happy times are in store for lovers with supersized smart phones models like Galaxy S IV with 4.99 inches of screen size and Galaxy Note III with 5.9 inches waiting to catch their attention. Following the footsteps of Samsung, other manufacturers are now extrapolating their screen sizes—in more ways than one.

Dual core processors are now passé. Cell phone watches are now being set for models which boast of quad core and octa core processors. These processors allow effective handling of more than one task at a given point of time and go a long way in improving overall performance. So, with quad core processors in hand, users are tapping into their other tasks along with watching their favorite movie on a small sized window on their display screen. .
While quad-core processors have already become a standard feature in most notable android phones, the first octa-core smart phone is all set to make its appearance at the end of 2013- in the Galaxy Note III. 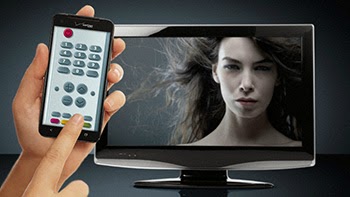 It’s a dream which may come true for many android users and television buffs. Cell watch circles are now buzzing with the news that future mobile sets are ready to boast of TV control features-- which will allow users to fling away their remote controls.
These smart applications will not require the purchase of set-top boxes or any software downloads. The HTC one already comes packaged with an IR emitter which has the abilities of manipulating volume, power, channels and almost every other essential feature of television sets. Android makers may soon follow suit to keep up with the competition.

Getting closer towards Indestructibility

You can expect more smart phones getting closer to indestructibility. With Sony’s flagship product Xperia Z offering waterproof features and Corning unveiling its Gorilla Glass 3, which is shatter proof beyond compare-- the going cannot get any better for users looking for almost indestructible products. Its certainly nice to have a phone which is more robust, durable and stronger than their other counterparts.
Android based applications and phones are setting the grounds for an increasingly excellent crop.Watch out for more!